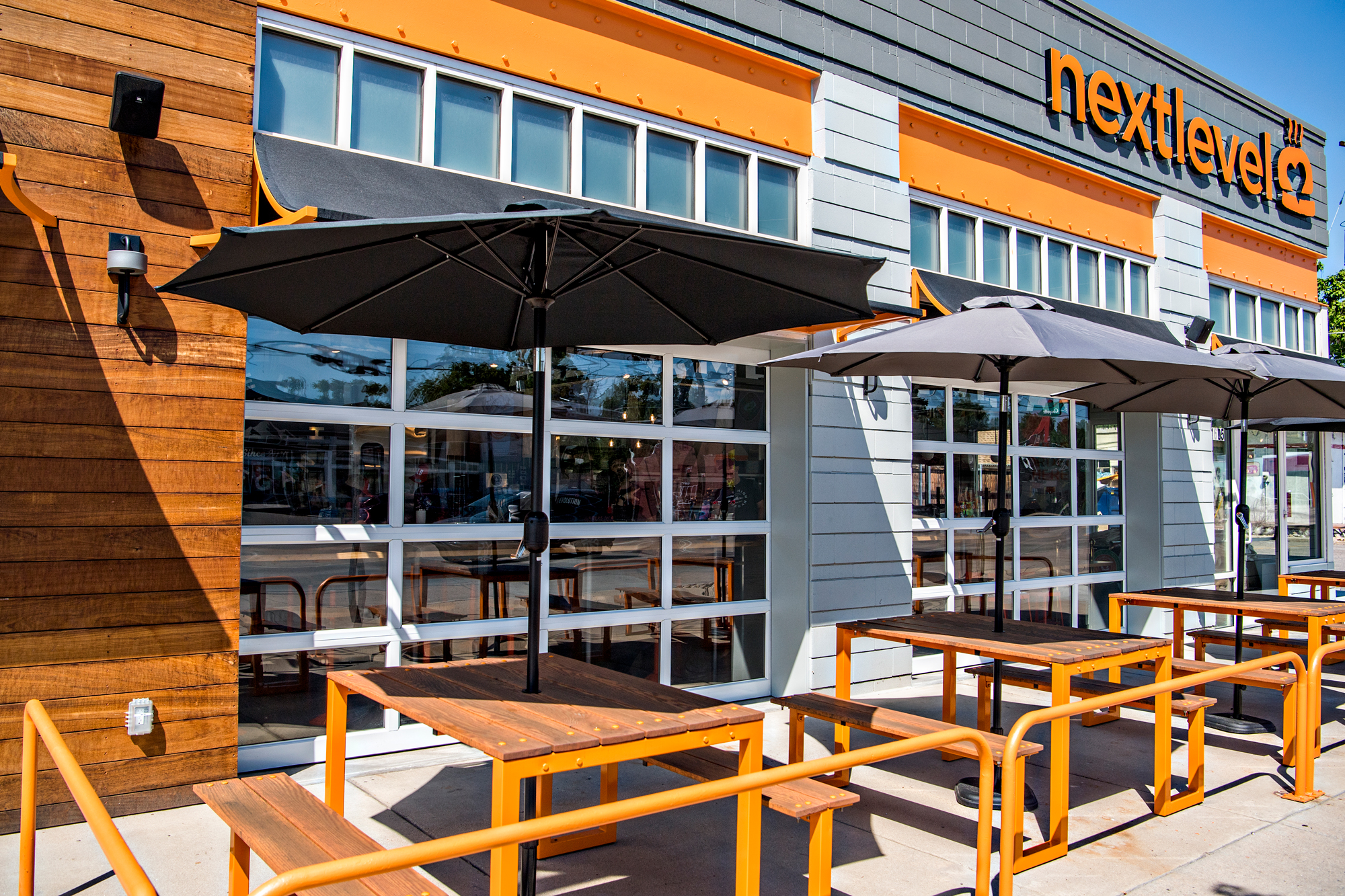 ‍The burger and shake shop is the epitome of Americana, and the founders of Next Level Burger are taking that culturally significant institution and raising the bar by employing an entirely vegan menu. Next Level Burger is 100% plant based. This meant that the design for their flagship location had to be as interesting and unique as the company (including 100% vegan interior finishes and materials), while facing a number of design and zoning challenges.

‍NLB’s location was previously a Starbucks, and the site had been grandfathered into prior zoning rules. Changes to the existing exterior were limited in order to prevent the entire project from losing its zoning status; new zoning rules would have required a significantly longer review period as well as public meetings and comments. To avoid this, CDA team members created a design plan that incorporated and repurposed much of the existing exterior. Ipe wood paneling was added to give a warm, natural feeling to the building which would contrast the existing CMU blocks and various tones of grey and orange paint. New bright orange signage contrasted with the grey to enhance visibility. New coordinated awnings were used to wrap the building, giving depth to the outside of the structure. The Interior of the restaurant continues the design scheme utilizing warm tones of orange and yellow to set off bright white and grey walls and ceilings. The utilization of an ombre walls adds interest and color, making the entire restaurant an open and inviting place to be.  Repurposed concrete floors were stained and sealed, and the outside theme of natural material against metal was brought inside with white oak furniture set off by black metal hardware. Chipman had an incredibly strong design team on this project, as evidenced by the fact that the originally proposed design ended up coming to fruition with very few tweaks. 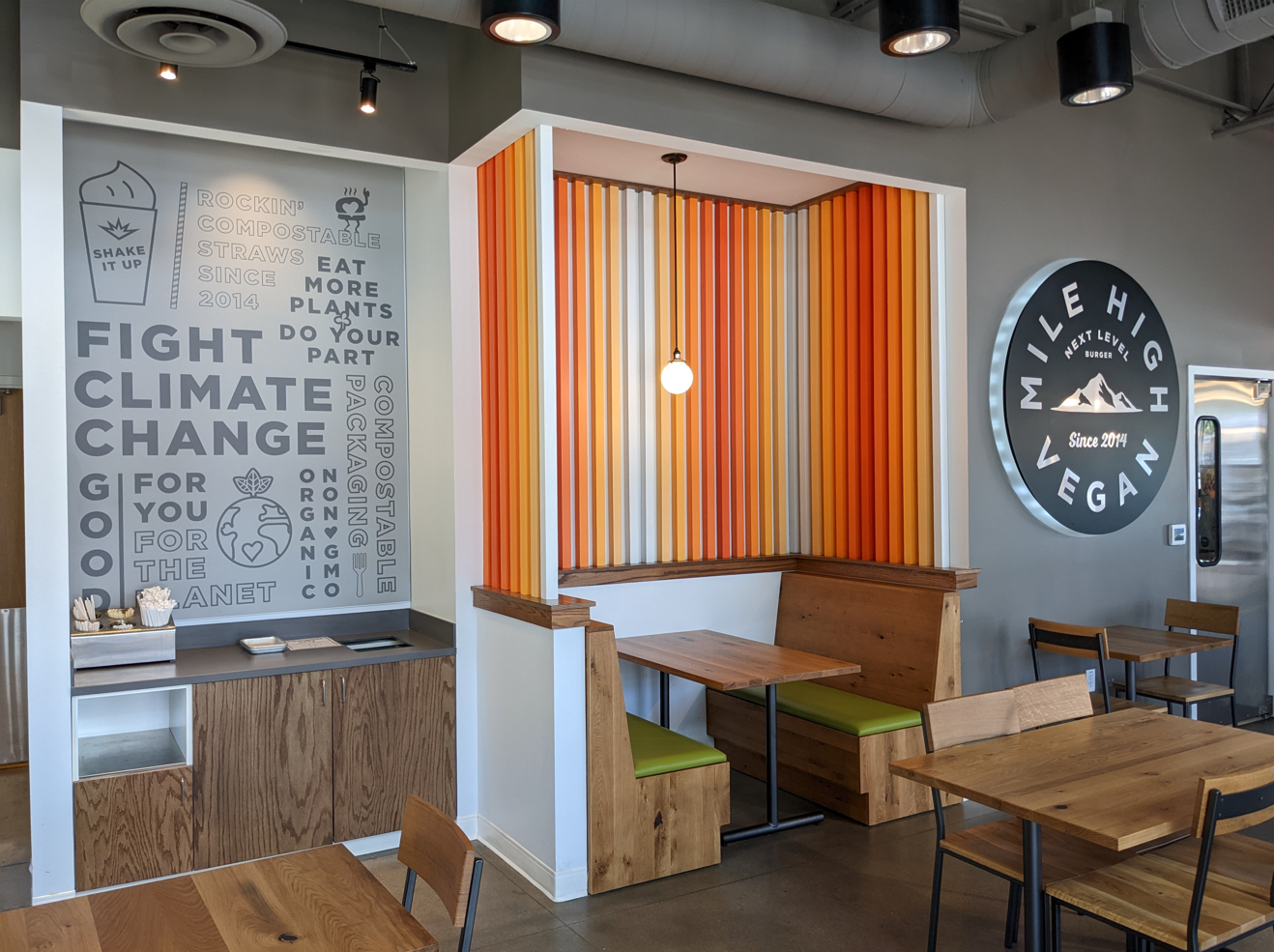 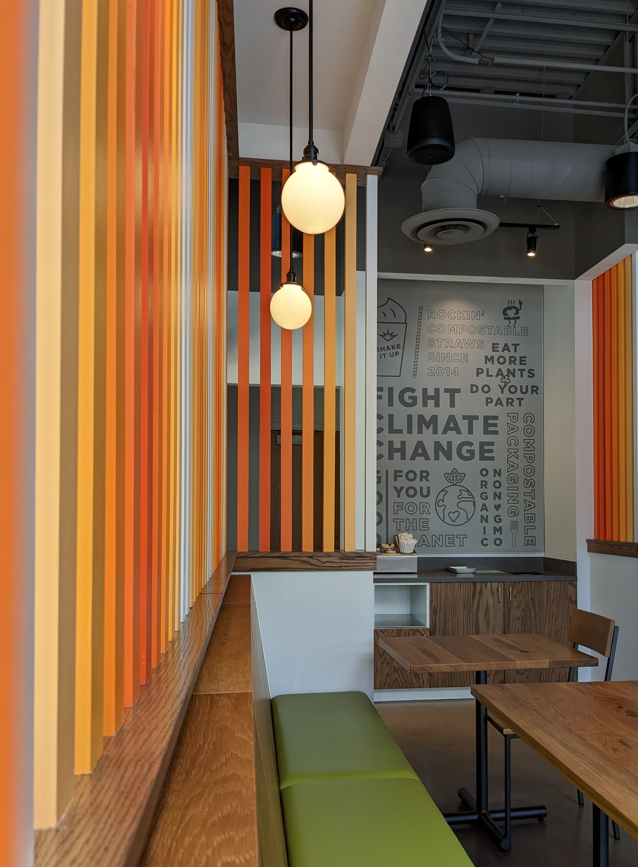 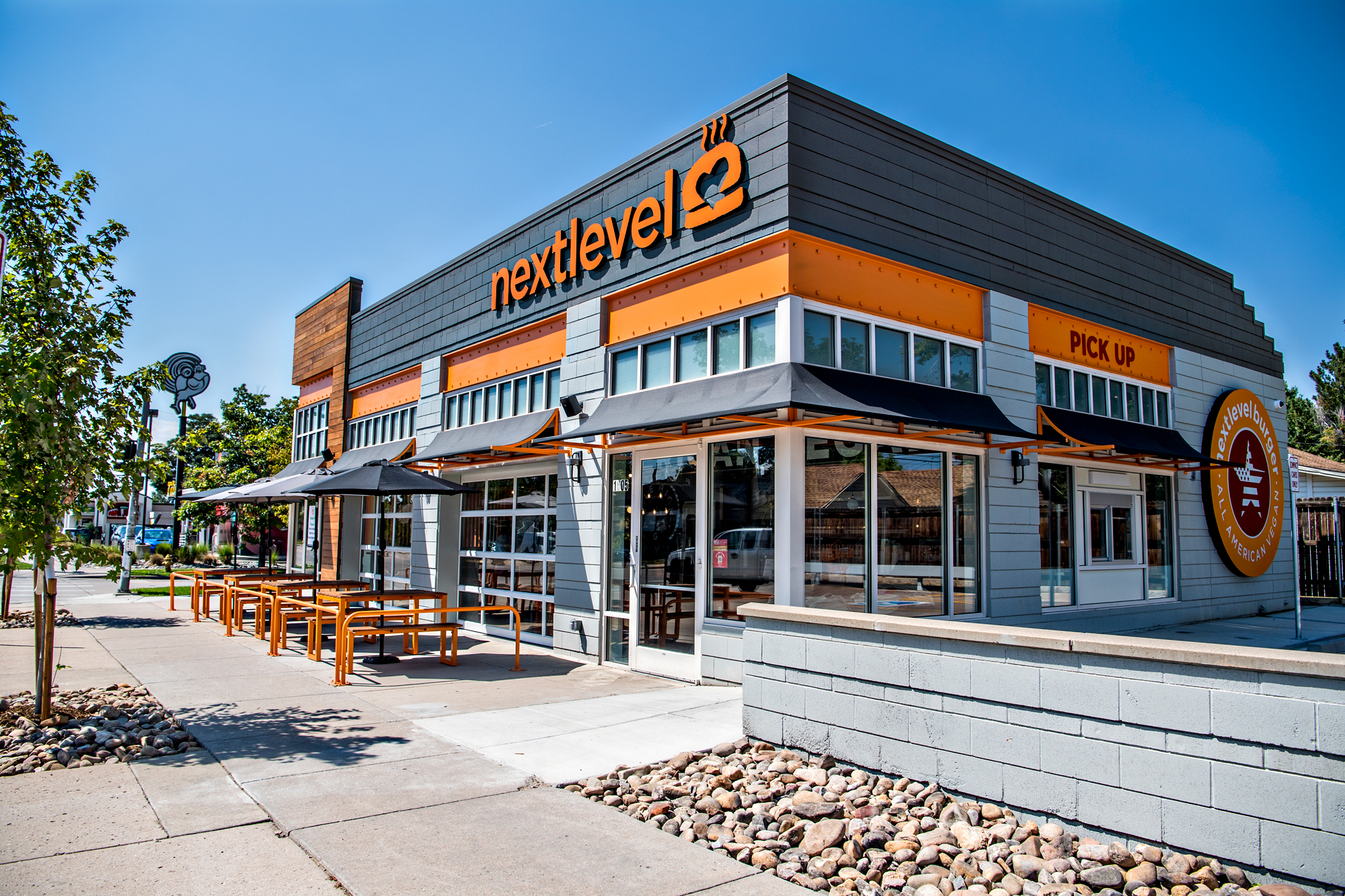 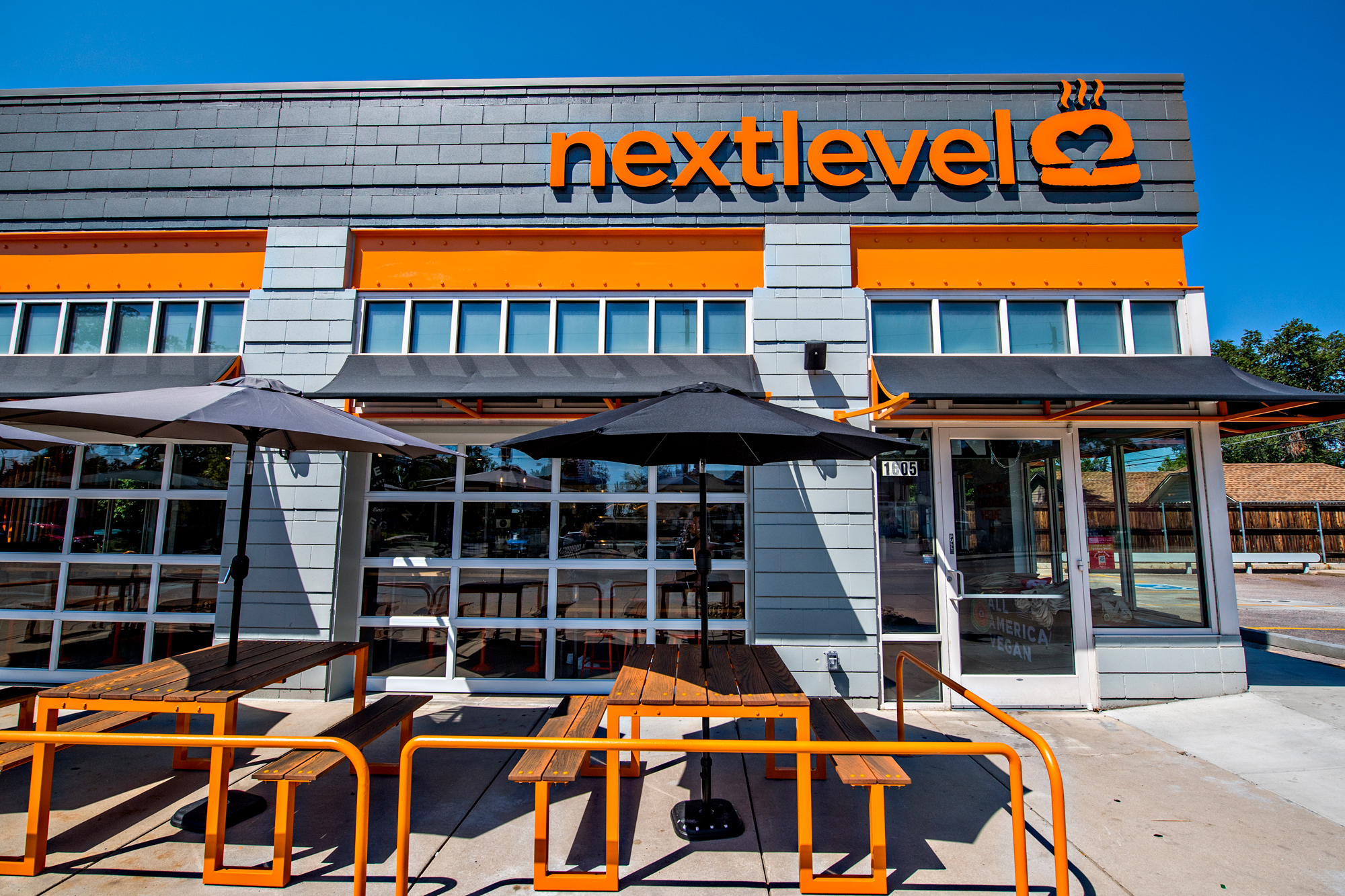 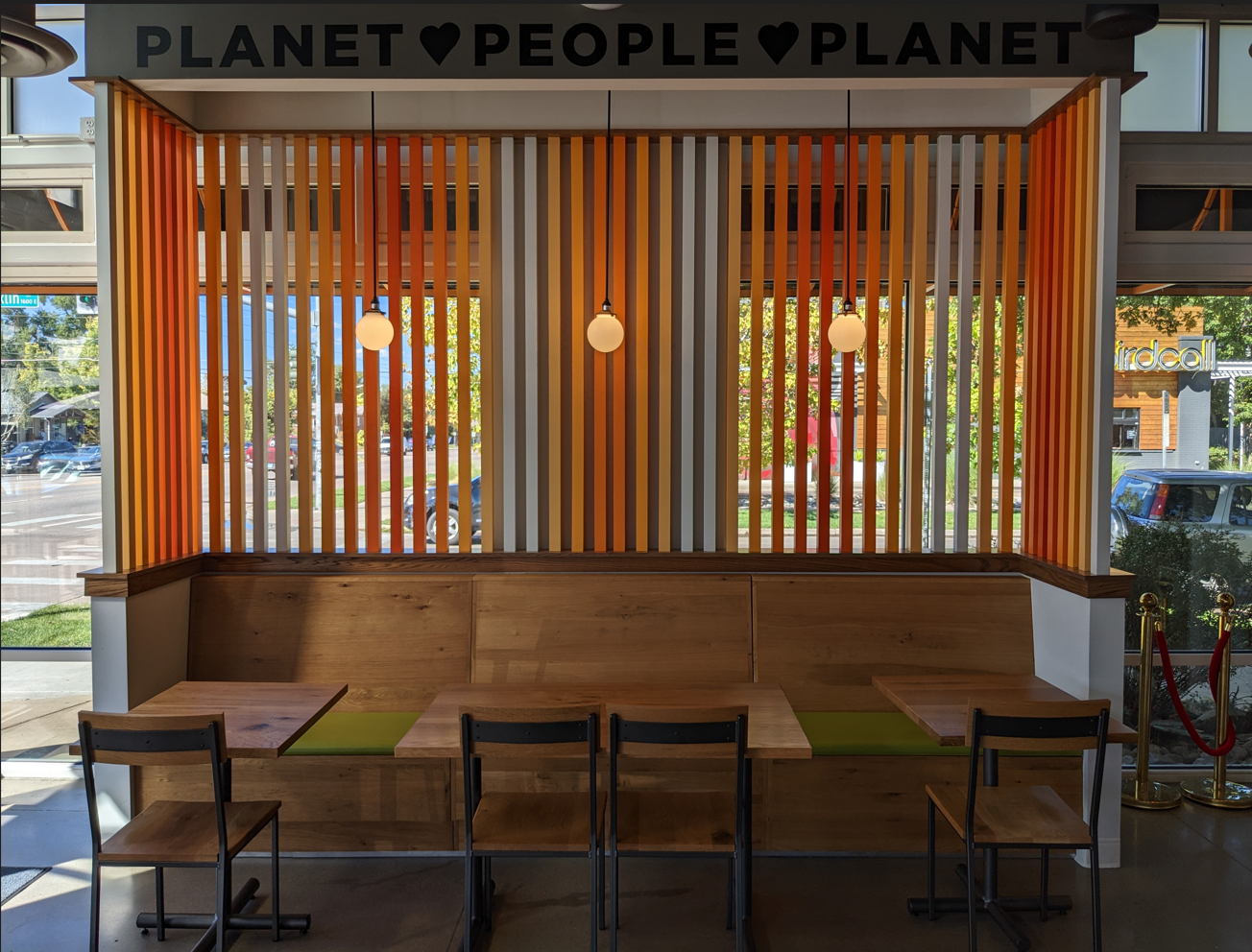 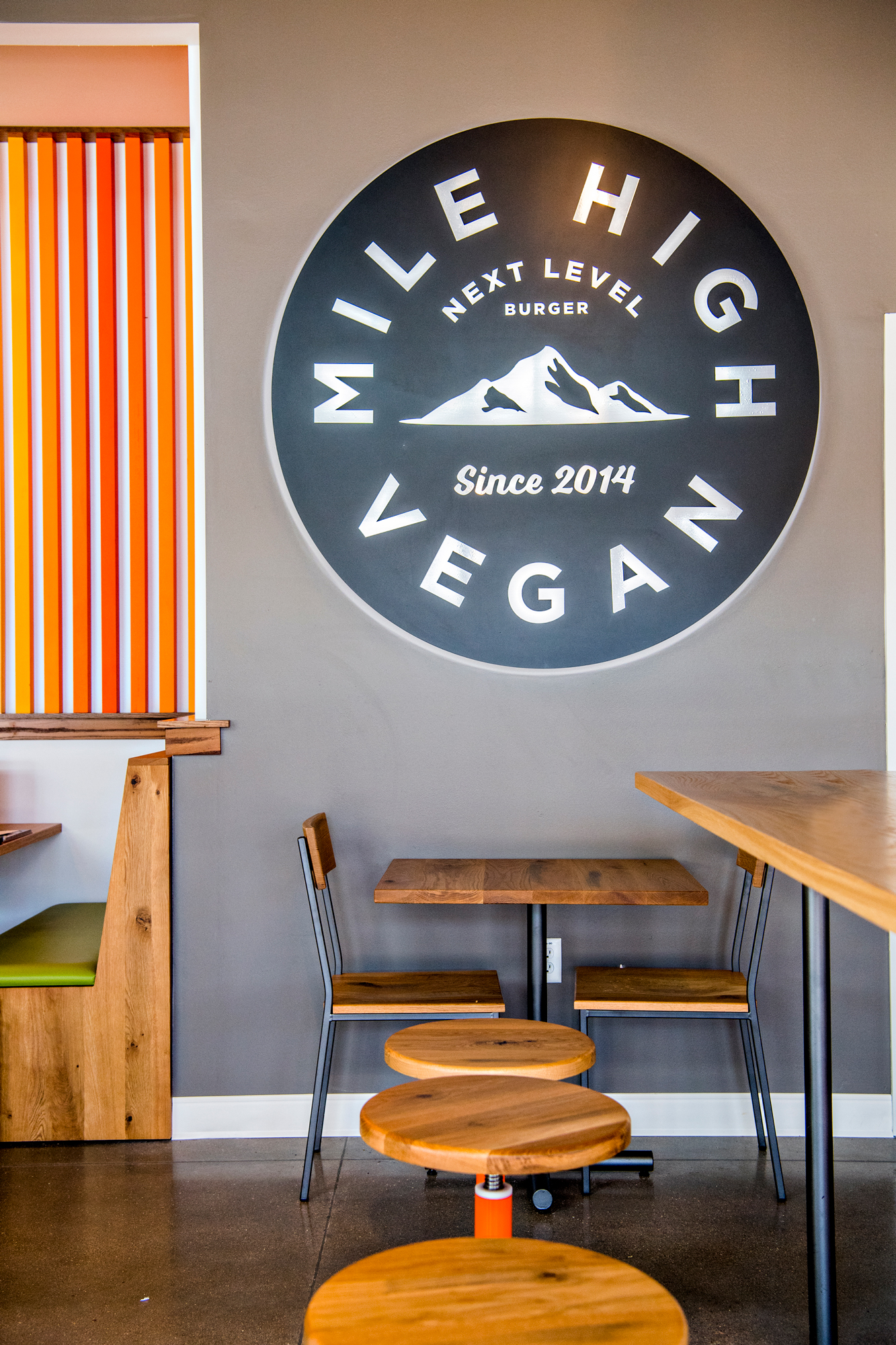 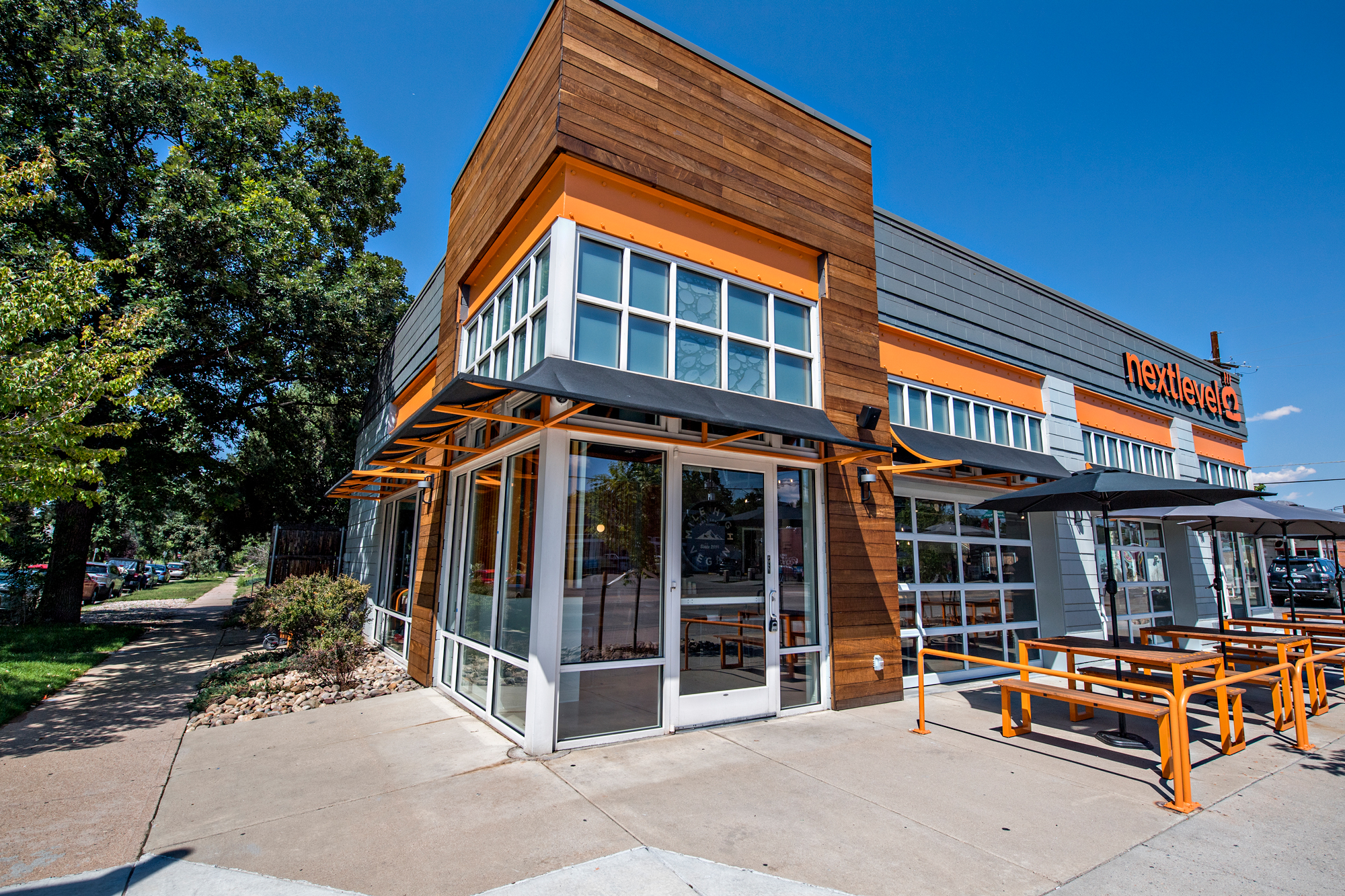 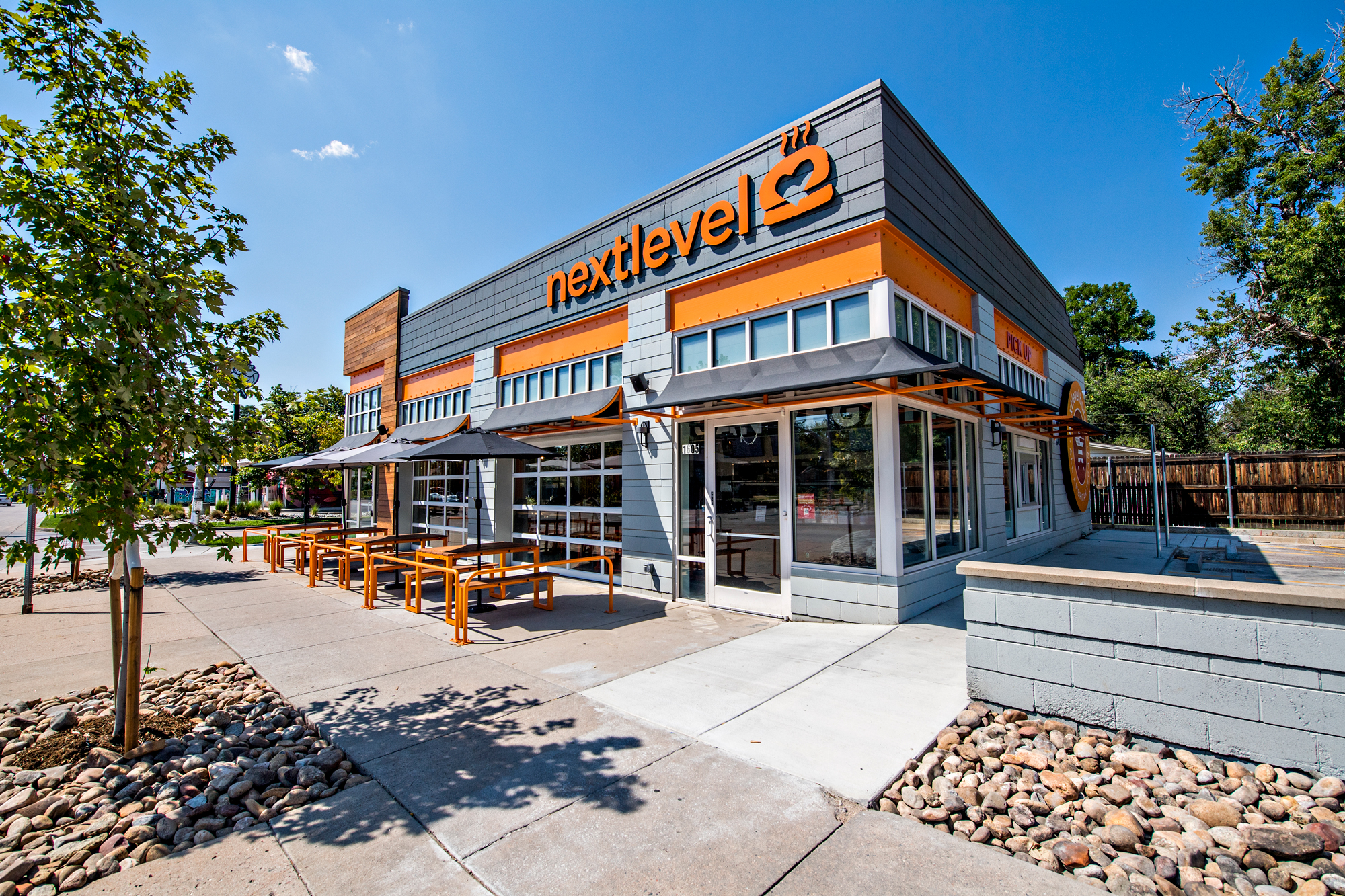 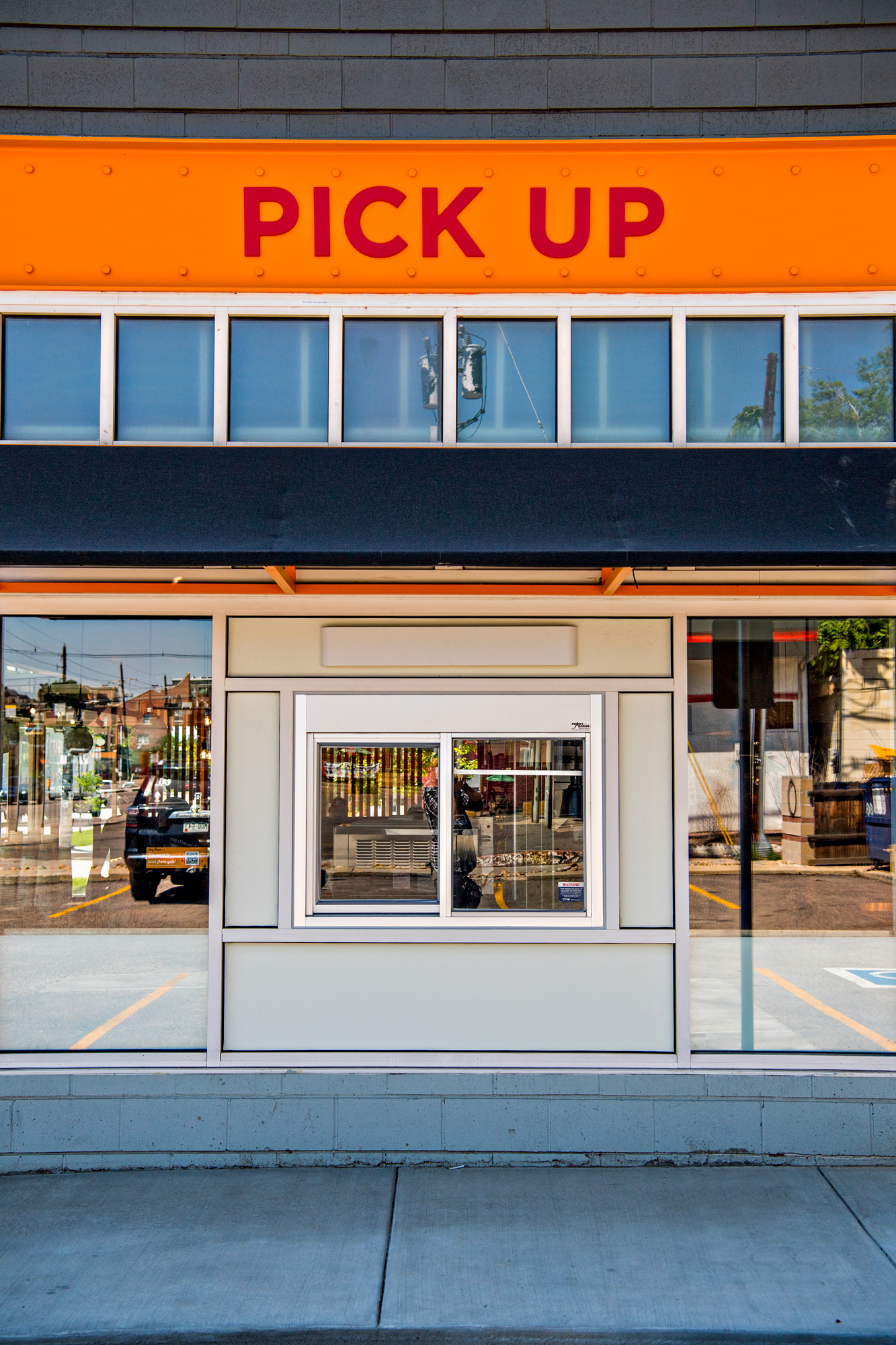 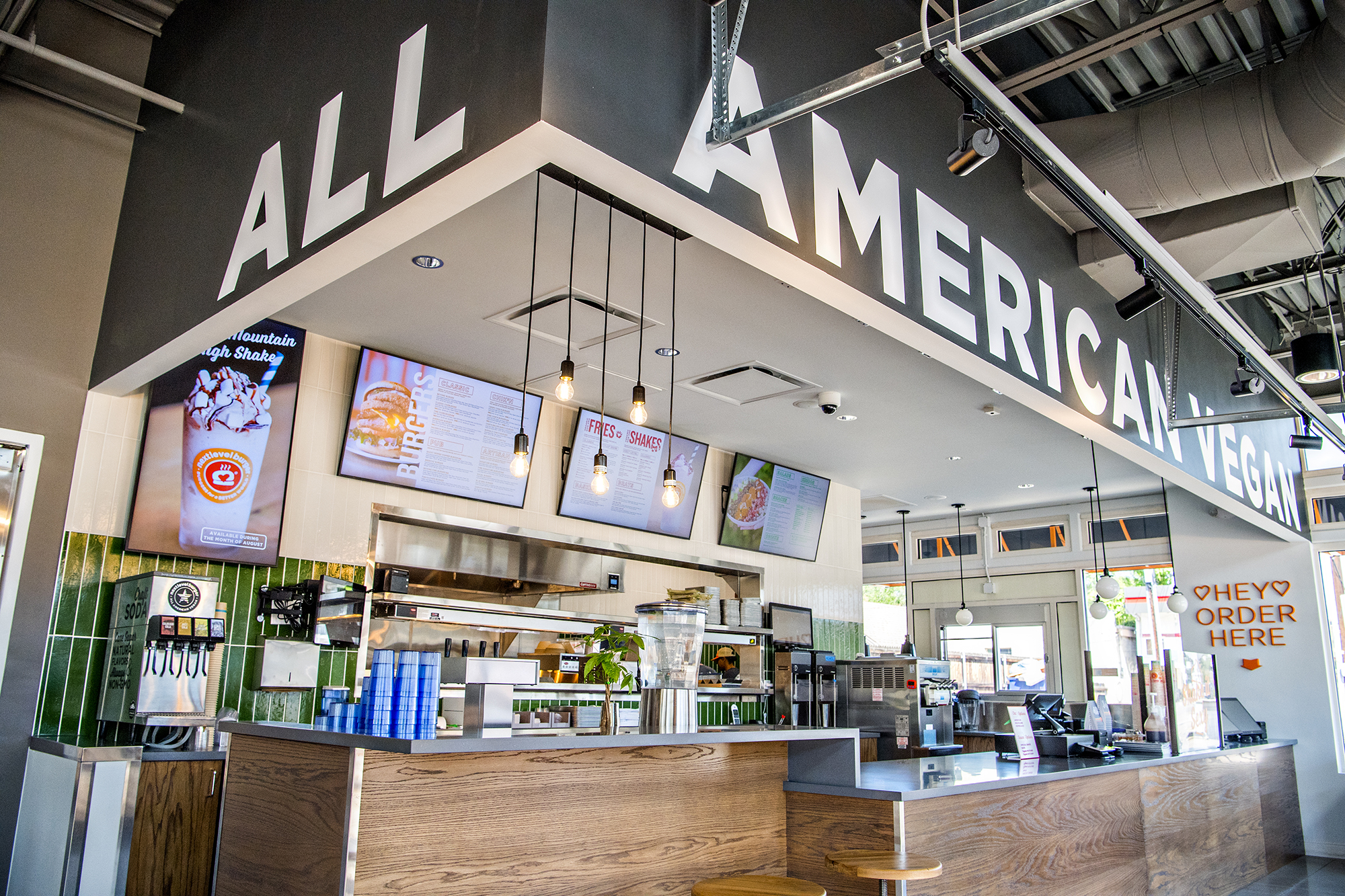 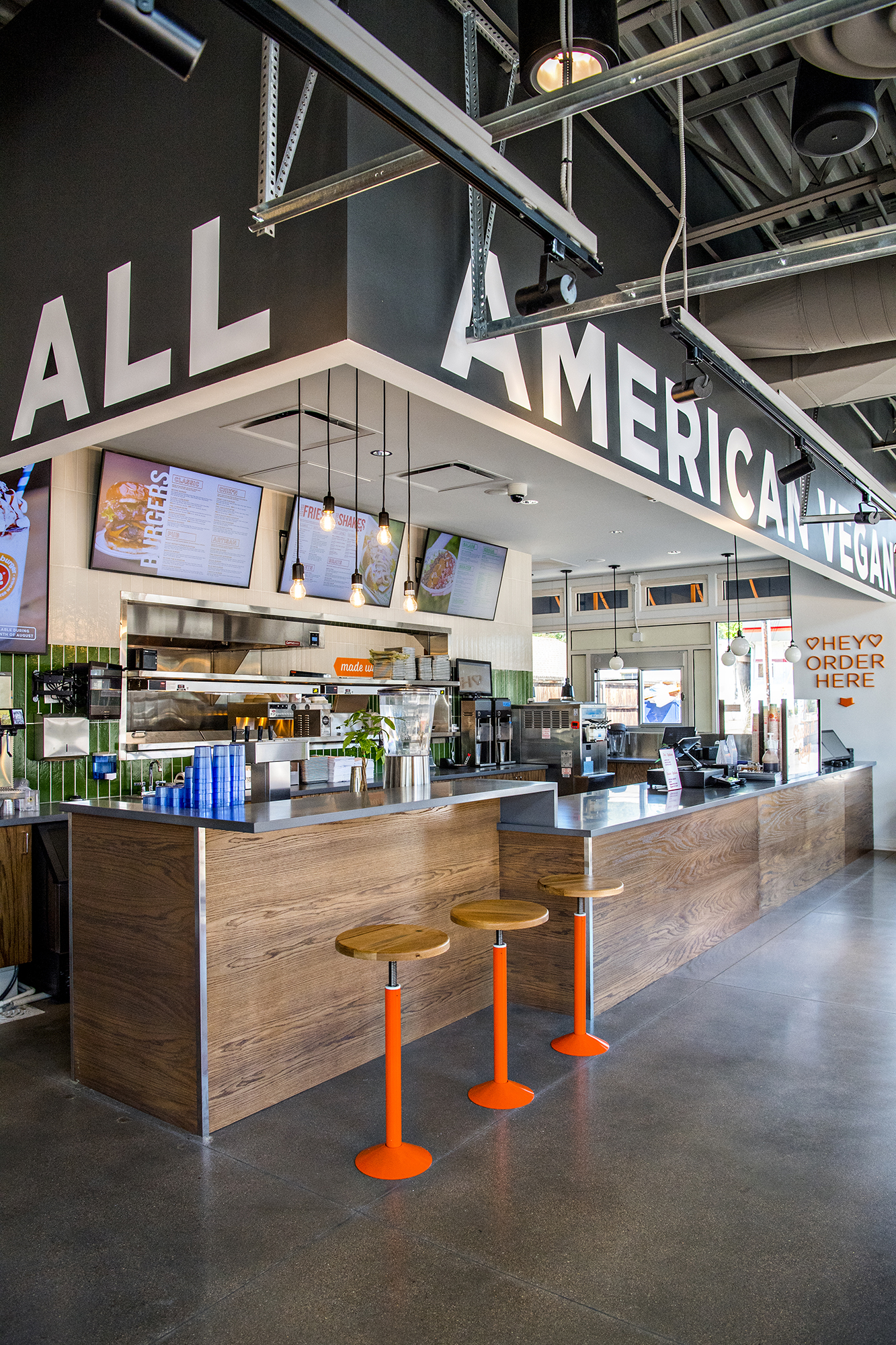