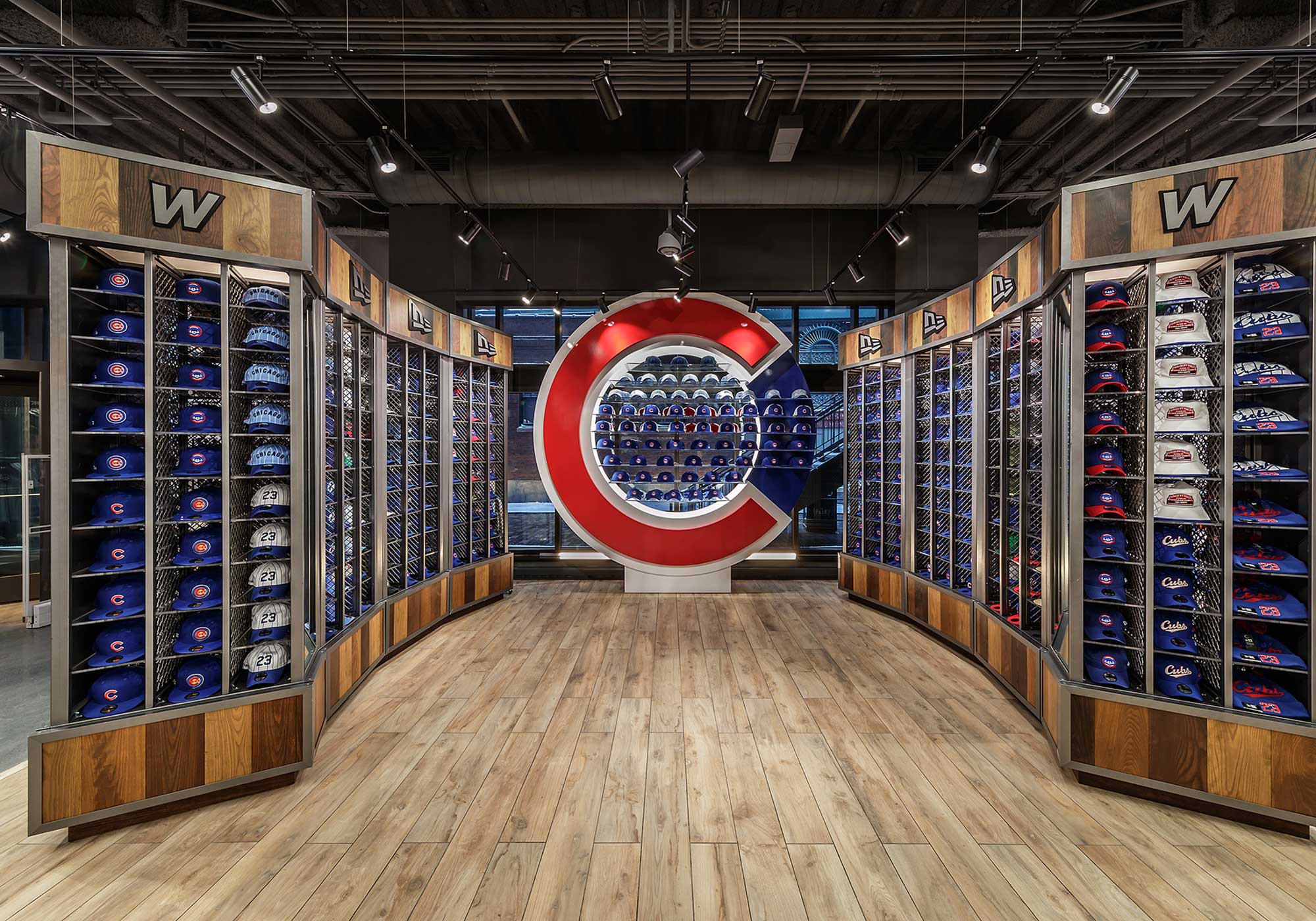 After the award-winning success of the Chicago Blackhawks Flagship Store, we were selected by the Chicago Cubs to provide our creative talent and magic to their new two-story retail space adjacent to Wrigley Field in Gallagher Way Park. Jay, Christine, and Micah worked with the Cubs executive team to design the store to provide a unique shopping experience for every type of fan while showcasing the club's current and former team members. The schedule was extremely aggressive as the store needed to be operational for opening day. Our magic must have worked, we made the opening day and they won the World Series that year!

CDA was given the opportunity to develop a store experience saturated with the storied history of the Chicago Cubs that would appropriately pay homage to legends both on and off the field. The client envisioned a retail setting that not only allowed the customers to stock up on the latest Cub’s gear but also offered an immersive experiential museum environment for fans to view historical artifacts and create a memory of their own using an augmented reality installation.

Acting as Interior Designer, Environmental Graphics Designer, and Architect of Record, the firm’s goal was to satisfy a customer that, at times, would need to take the occasional time out from work to make it back to the stadium for the first pitch.

Some of the project's highlights included eight efficiently laid out cash wraps to meet demand when lines become long and movable fixtures for space adaptations to accommodate always-changing and seasonal merchandise: from blankets to backpacks to jerseys. A beautiful addition to the space, the firm designed glass museum vignettes of rarely-seen memorabilia from the team’s 148-year history that served as a focal point under the grand central stair. This strategic placement not only delighted die-hard Chicago Cubs fans but also created a natural visual draw to the second floor. 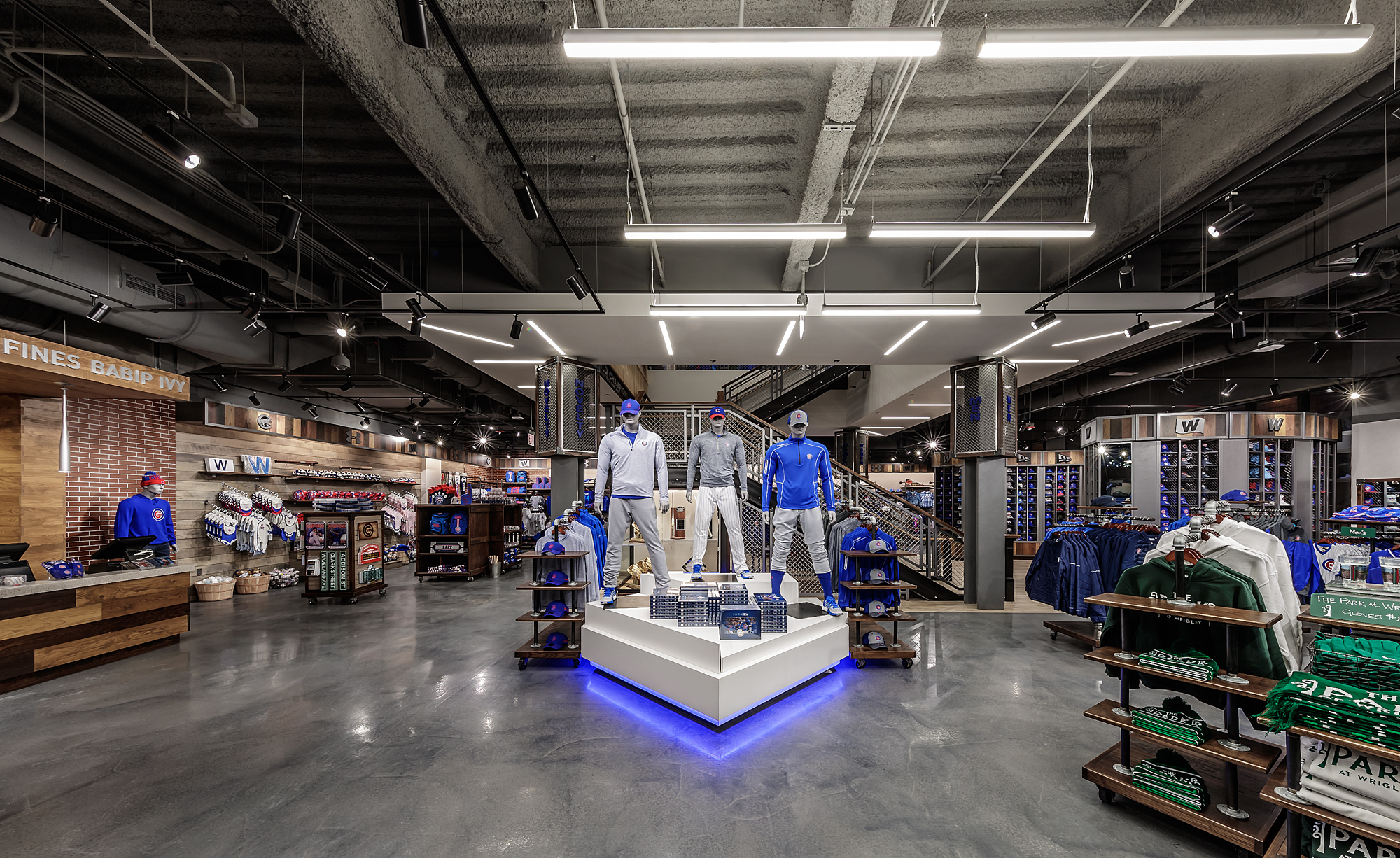 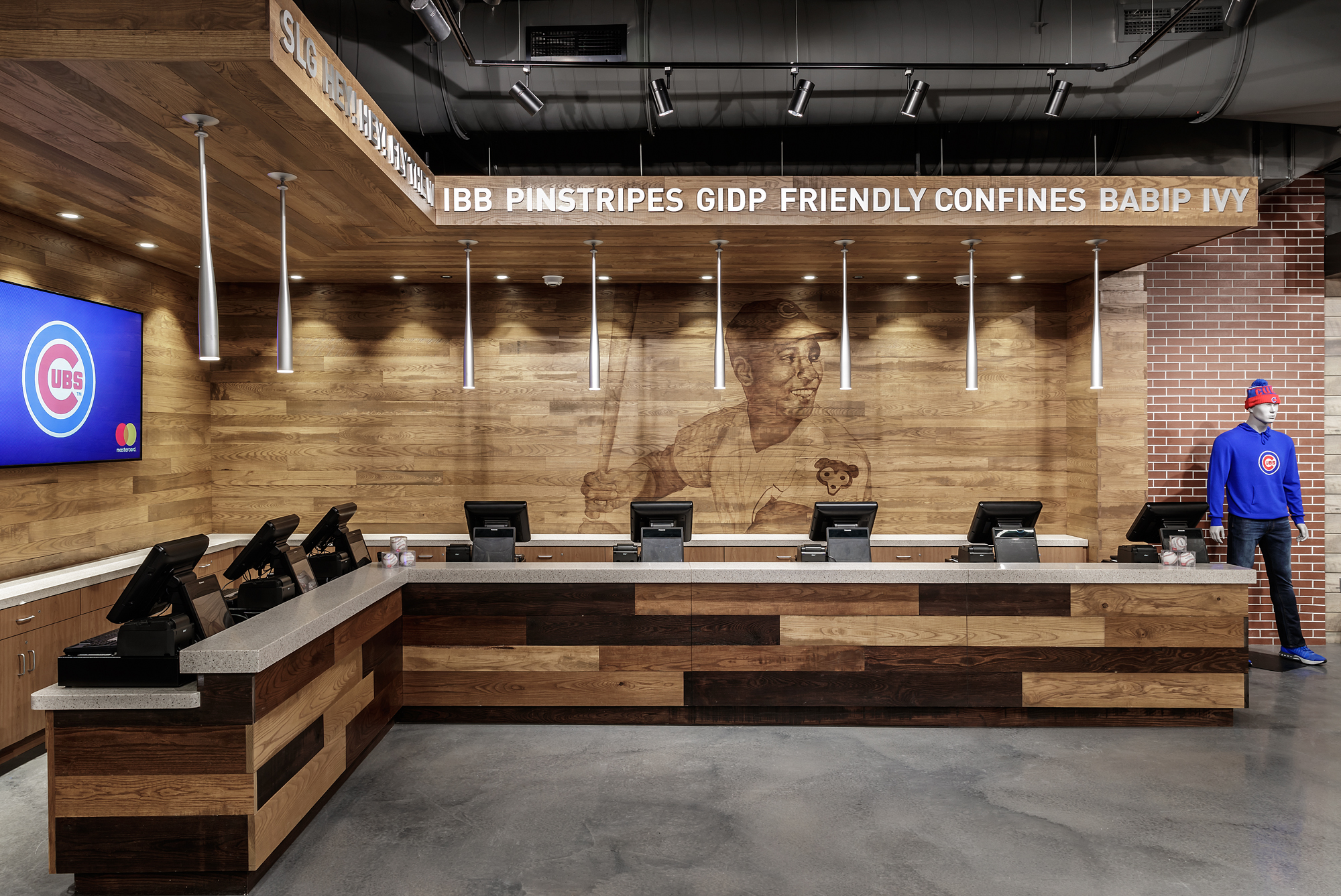 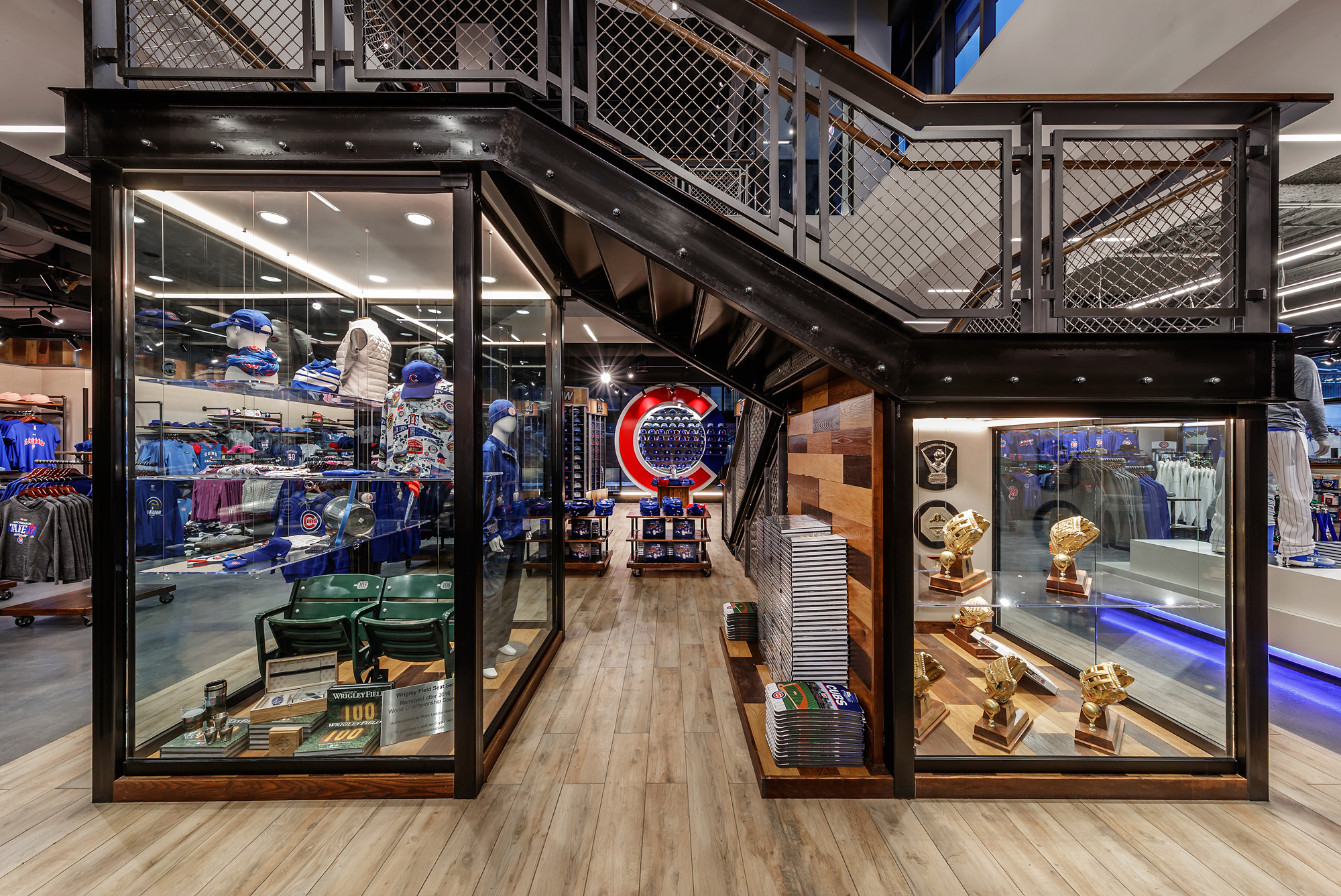 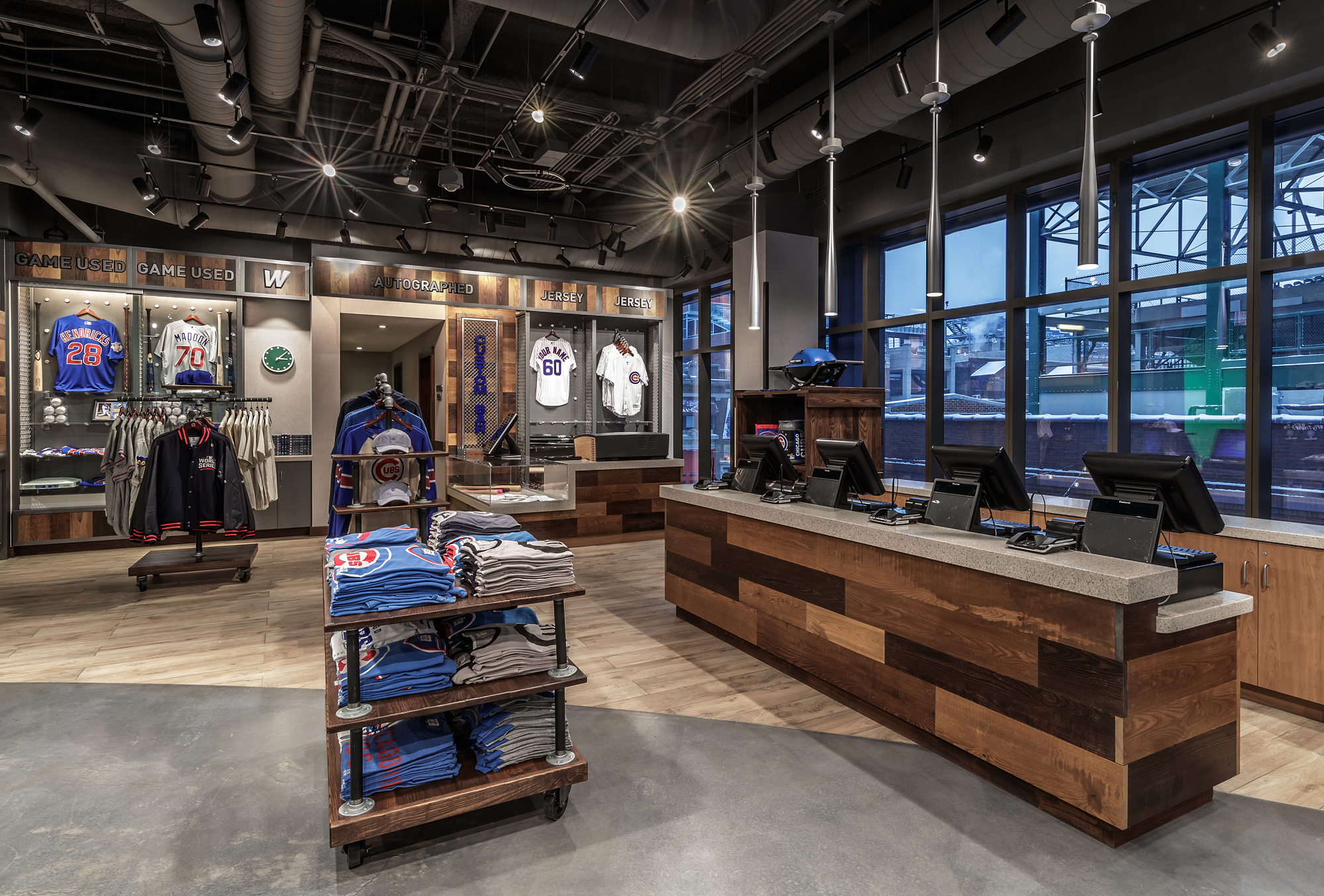 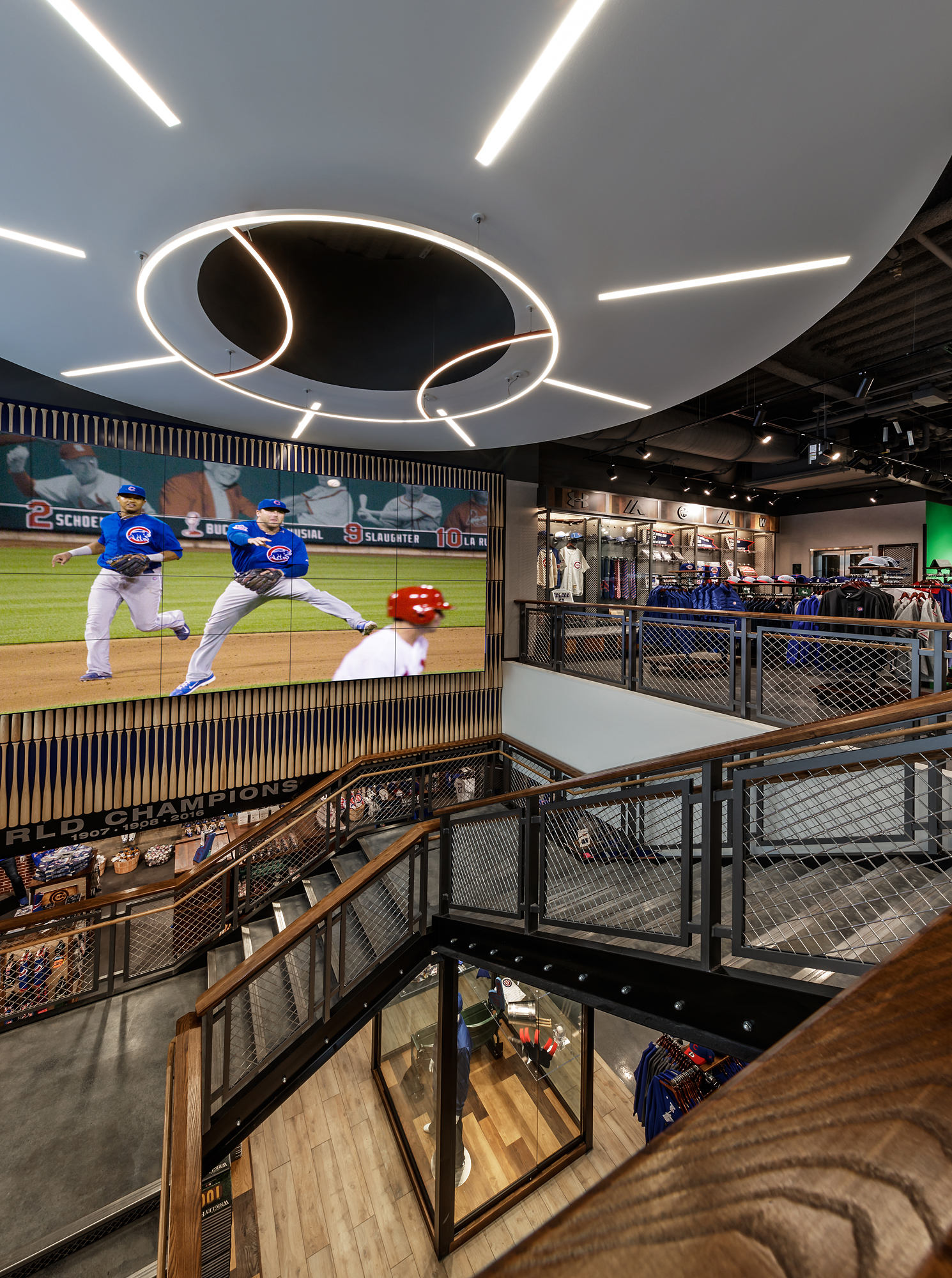 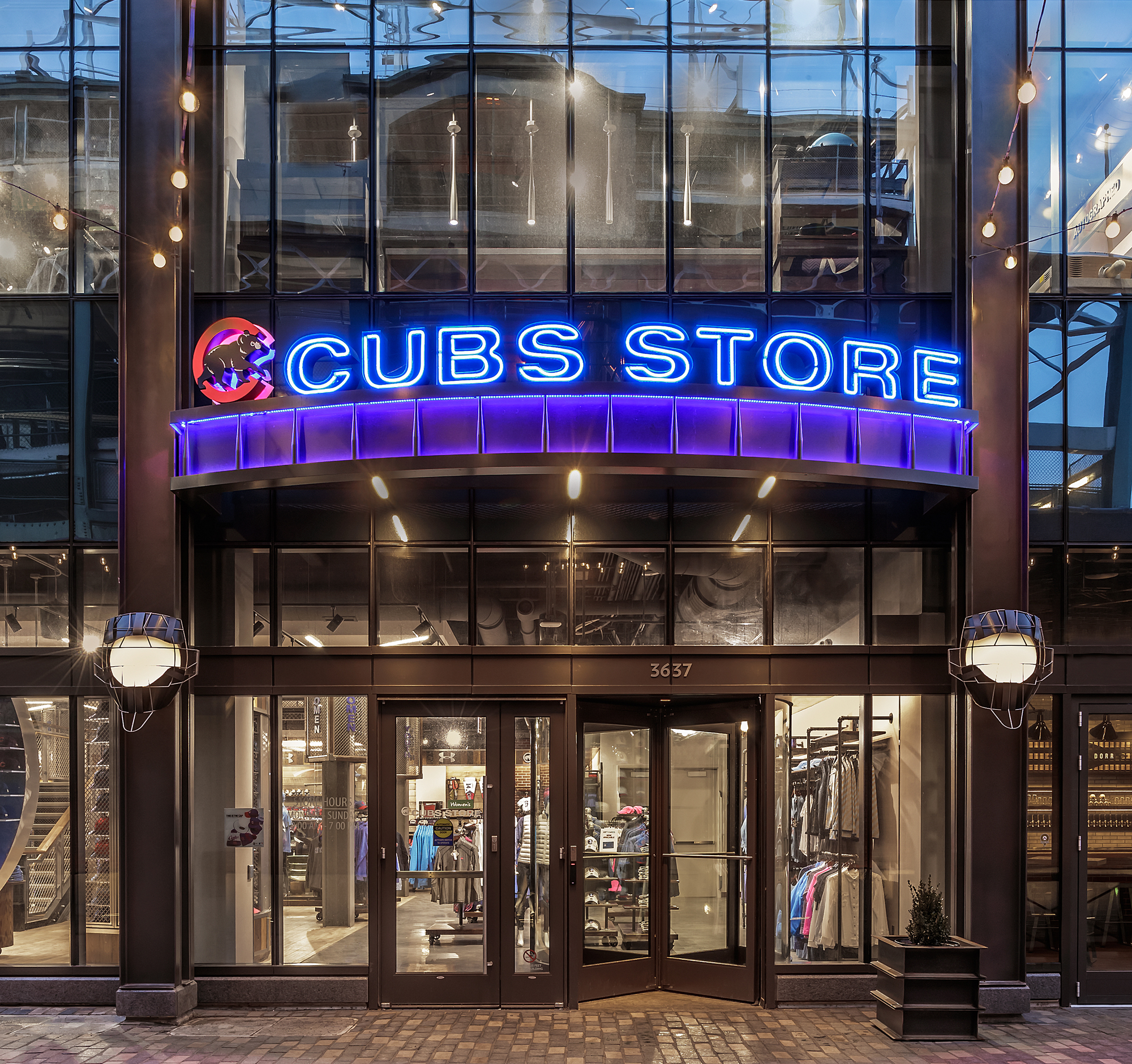 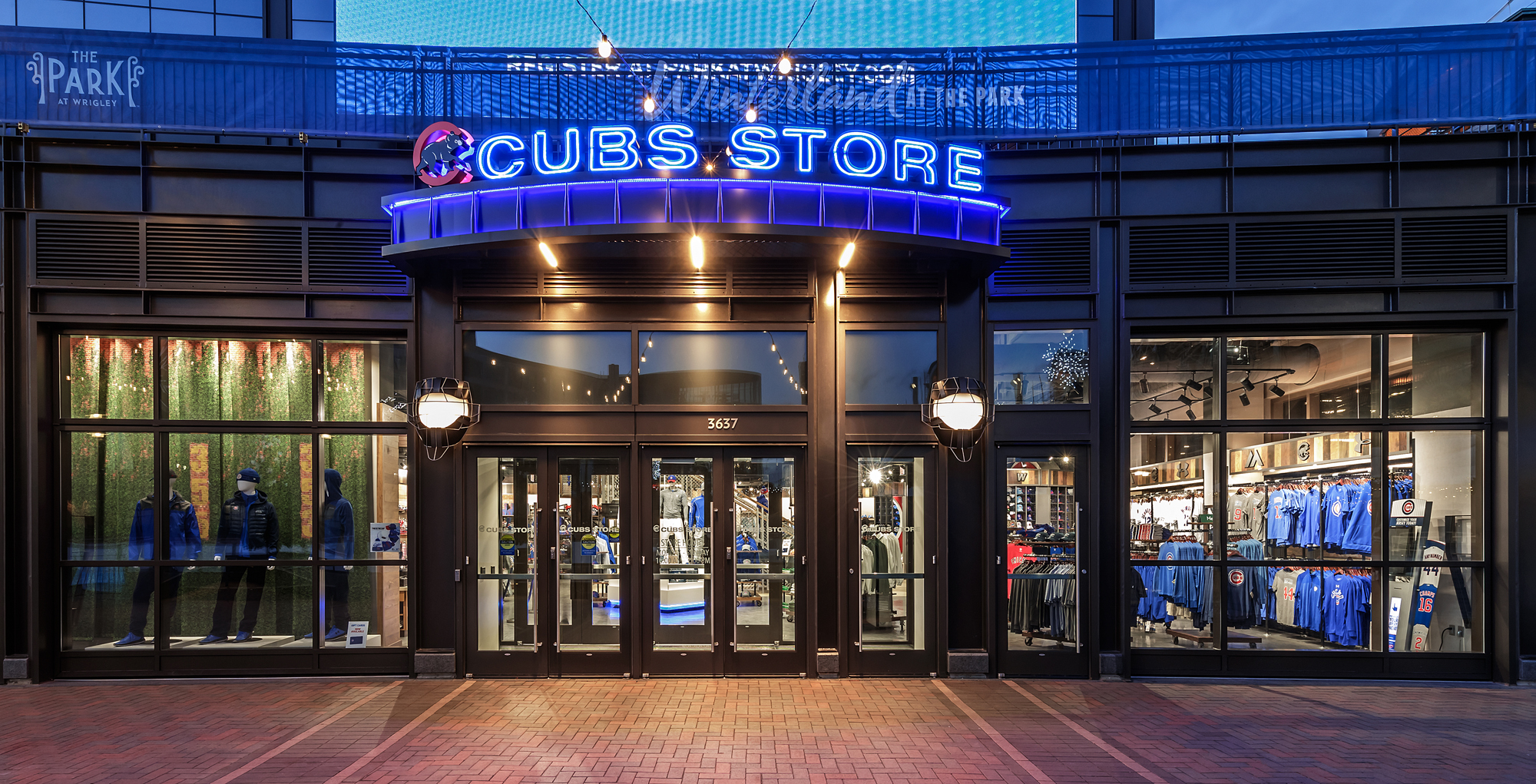 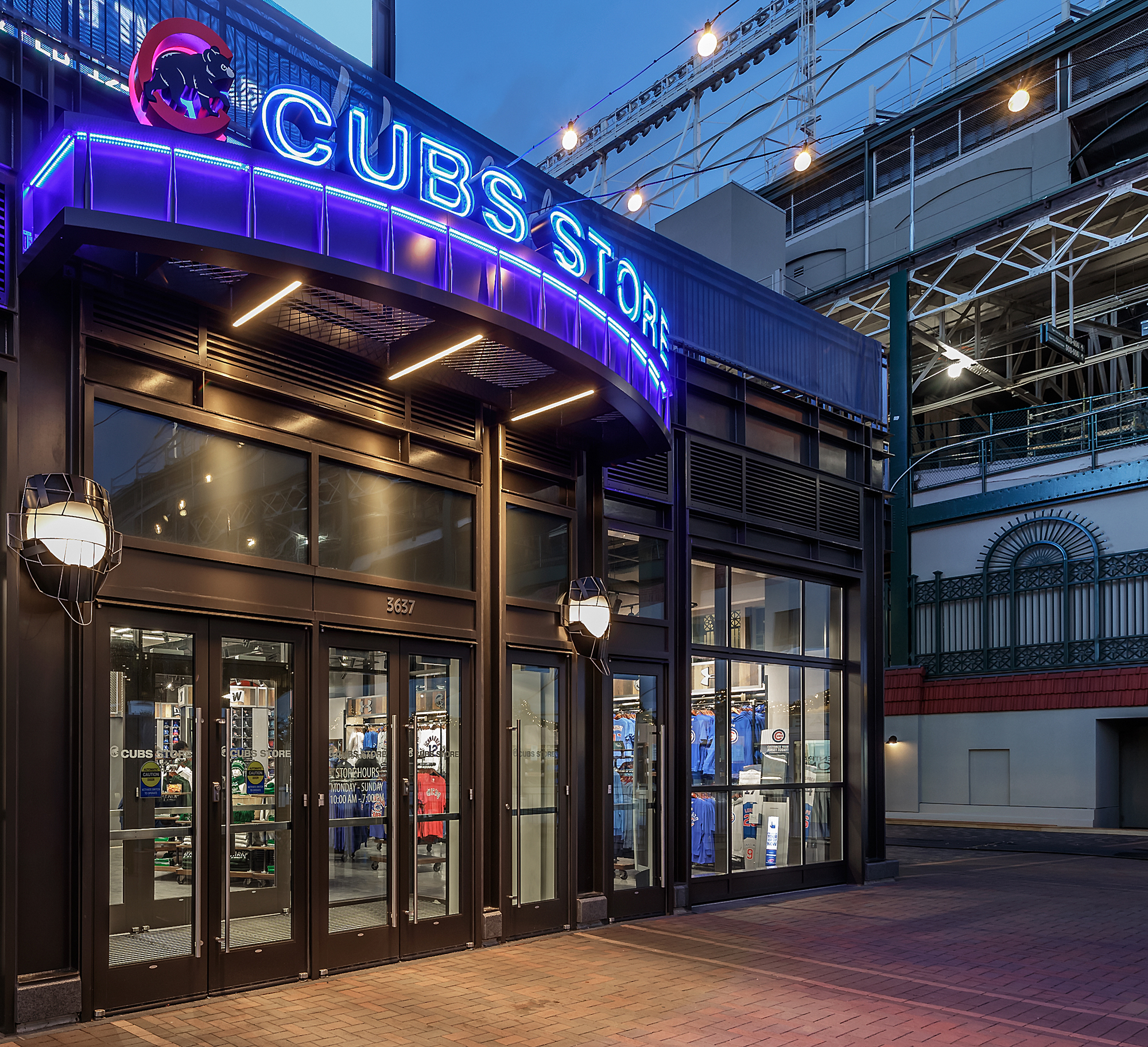 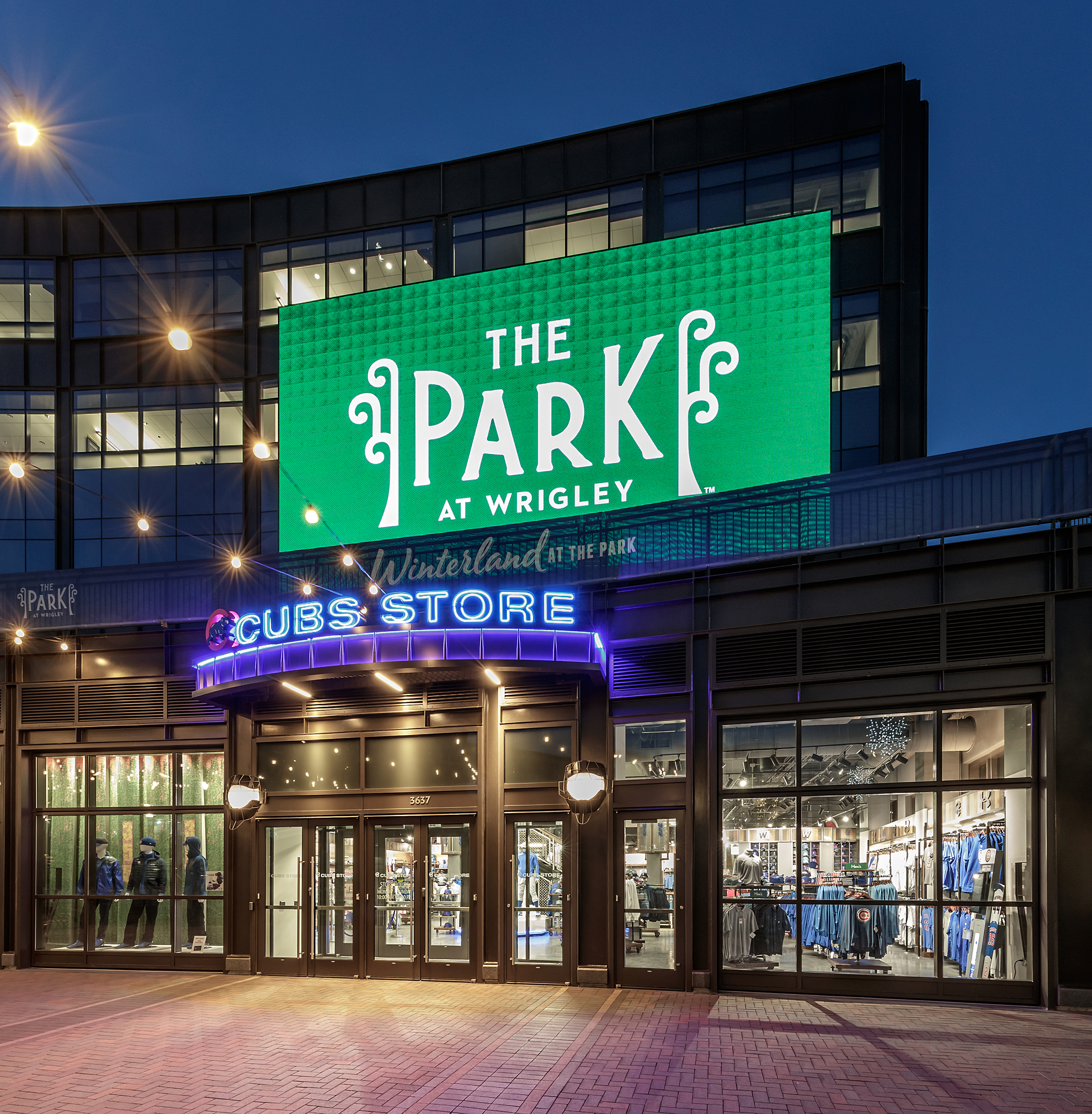