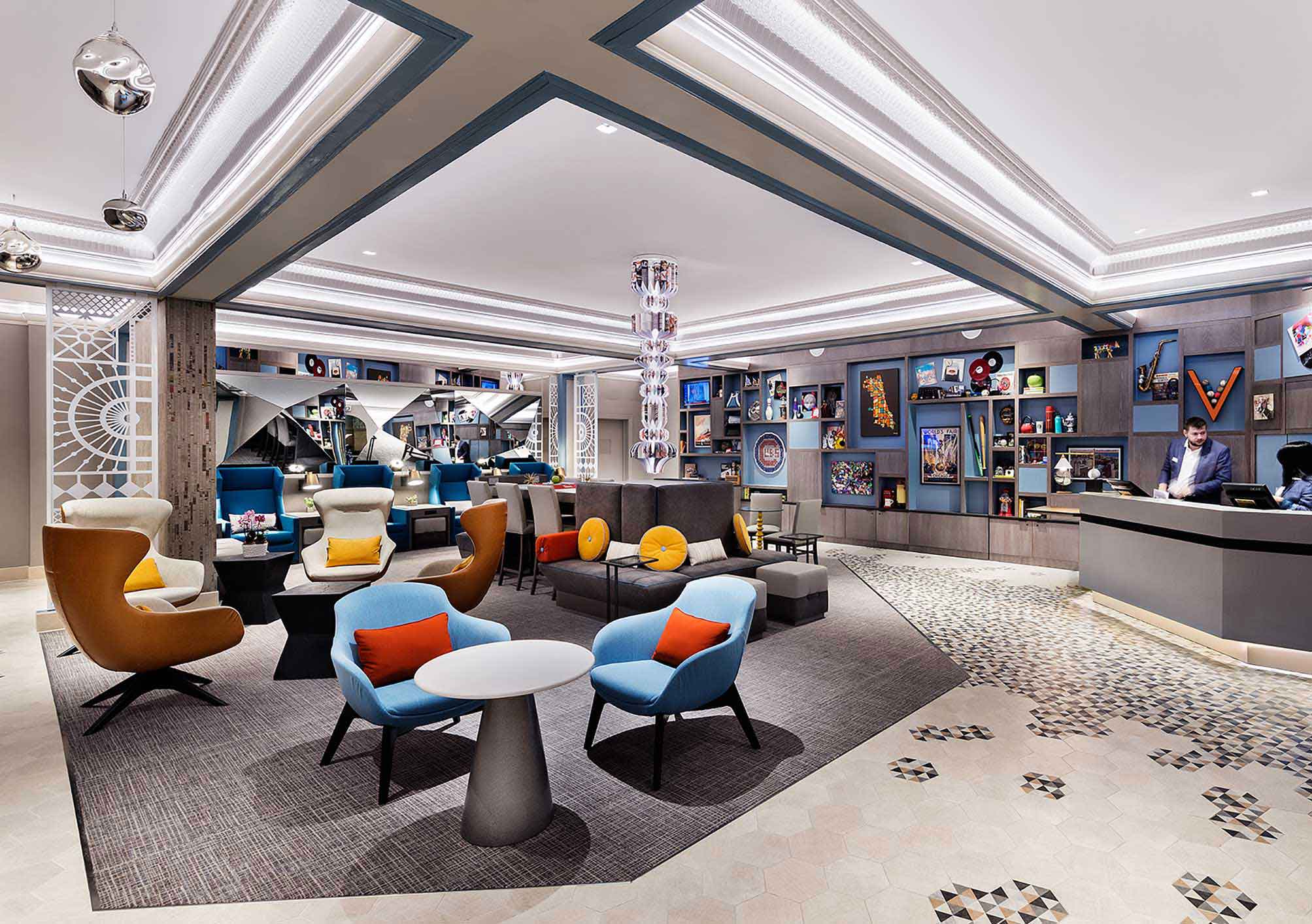 Situated at a bustling intersection in the vibrant and historic Lakeview neighborhood of Chicago, Hotel Versey celebrates the diversity of the surrounding neighborhoods (Lincoln Park and the Chicago lakefront, Wrigleyville and Boystown) by connecting the dots between the area’s history and current attractions.

Making the most of the lobby’s small footprint of 1,300 square feet, flexible and fluid seating arrangements were designed to be easily adjustable to accommodate groups of all sizes, appropriate for solo work sessions, settling in for a cocktail, or simply perching while waiting to check-in. An individual work zone was situated under a faceted mirror feature wall with lounge chairs designed for privacy. Accent tables were wired with traditional power outlets, as well as USB, for easy charging. Tessellated tile was used as wayfinding to the front desk/check-in area as well as leading the guest to the energetic ‘hub’ of the lobby, a communal table which is the social work space for the lobby with three-sided booth seating.

Drawing upon the hotel’s location and history, artwork was chosen to feature one-of-a-kind painted guitar cases as a nod to the hotel’s musical heritage, while custom created bicycle frame light fixtures and bike chain bodices paid tribute to the local bike culture.

Perhaps the showpiece of the Hotel Versey art gallery is a full panel piece of street art featuring words and phrases, including iconic tourist attractions, local musical venues, various historic names of the hotel as well as local sports teams and universities. Designed to be all-encompassing, this mural truly speaks to the neighborhood feeling of the hotel and the great variation of the clientele. From parents visiting their children at DePaul University to Cubs fans taking in a game at Wrigley Field, the message is clear –– all are welcome.

BEST DESIGNED HOTEL OF THE YEAR 2017.

‍"At the intersection of Lakeview and Lincoln Park, in a 1920s building originally known as the Diversey Arms, the refurbished Hotel Versey has a bit of rock-and-roll history. Its 137 rooms and lobby feature quirky art such as a bike sculpture and an exterior mannequin that resembles a cool riff off Rodin’s The Thinker. You’ll feel the star power vibe, since music acts such as Nirvana and Radiohead have stayed here." 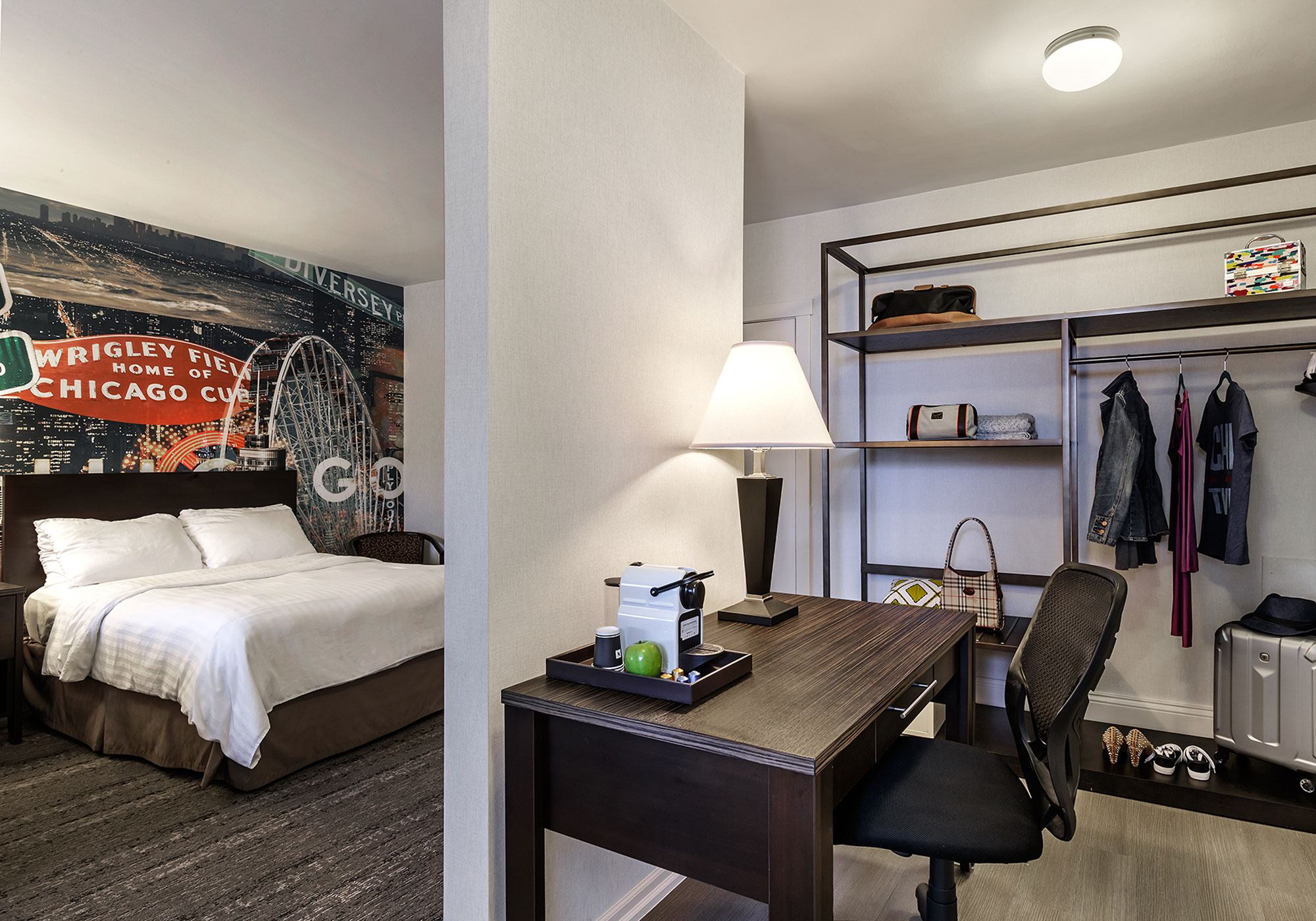 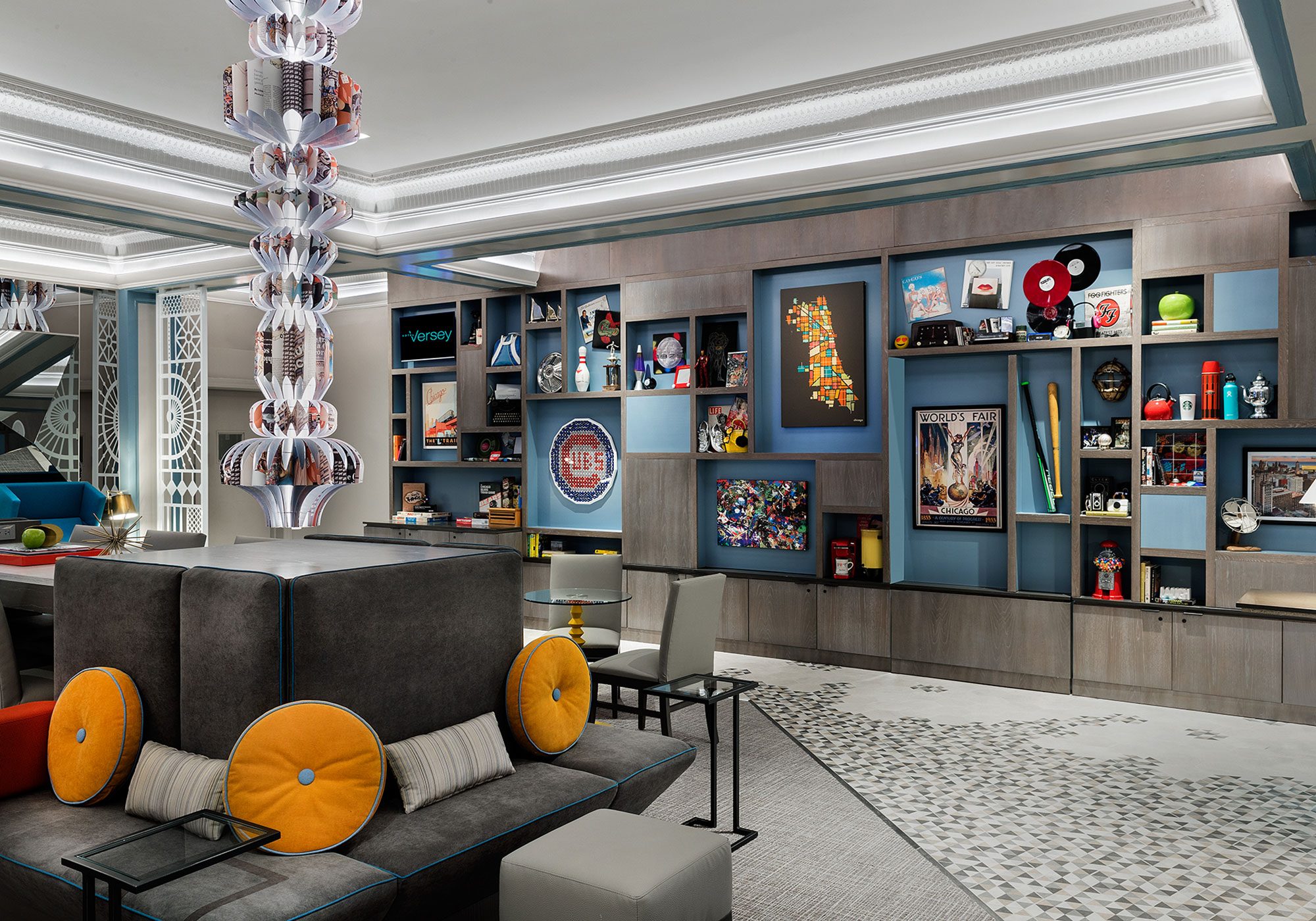 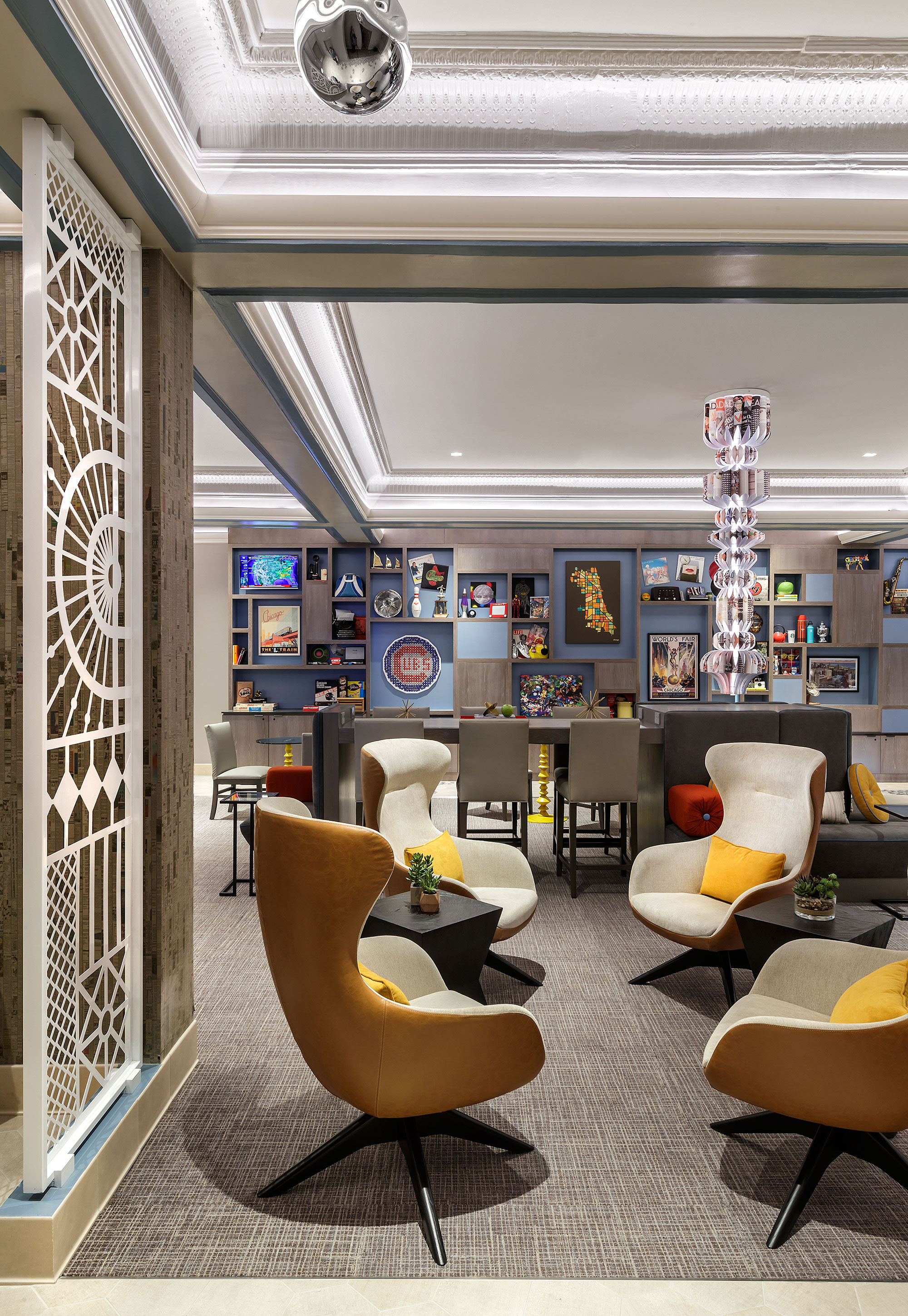 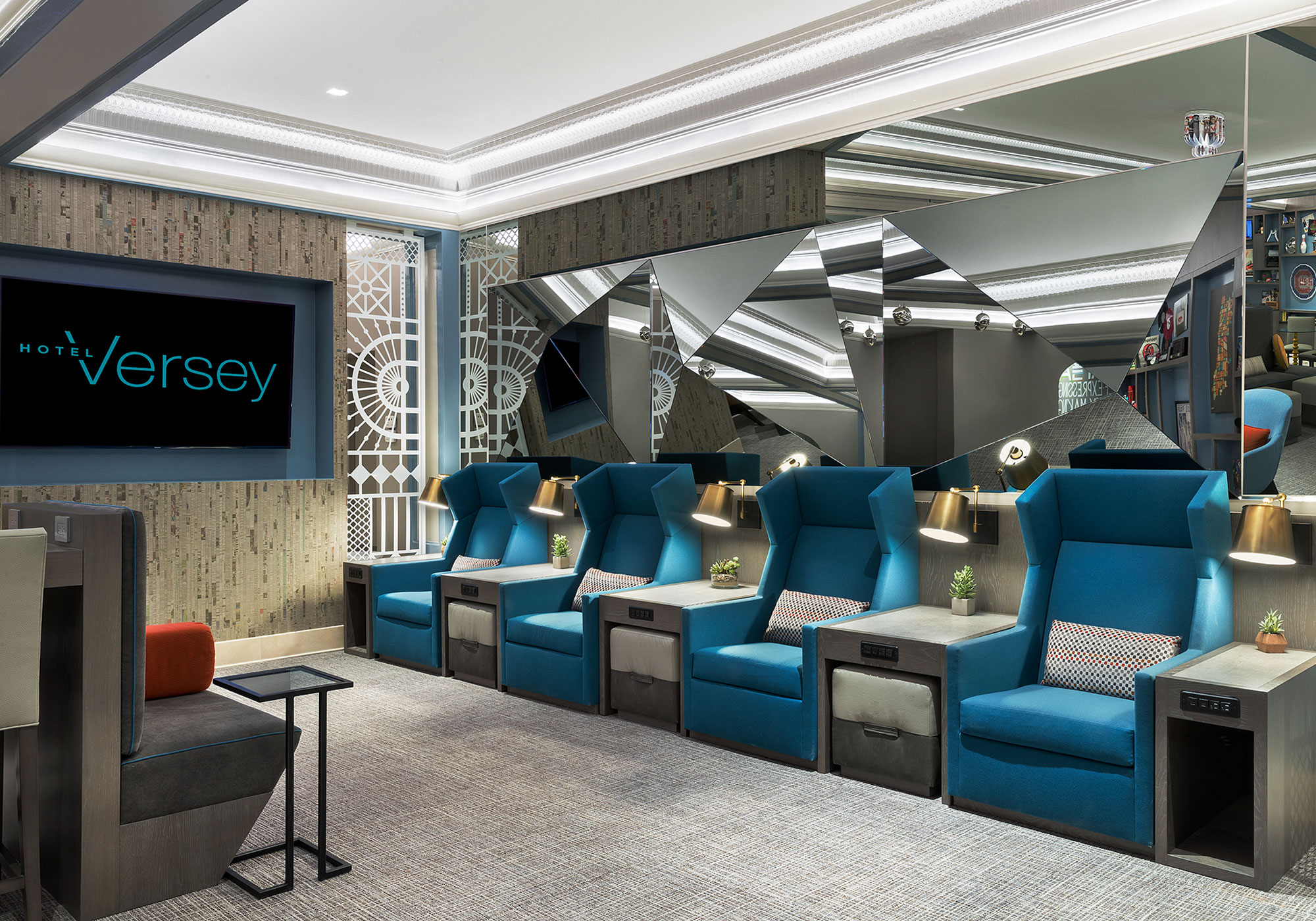 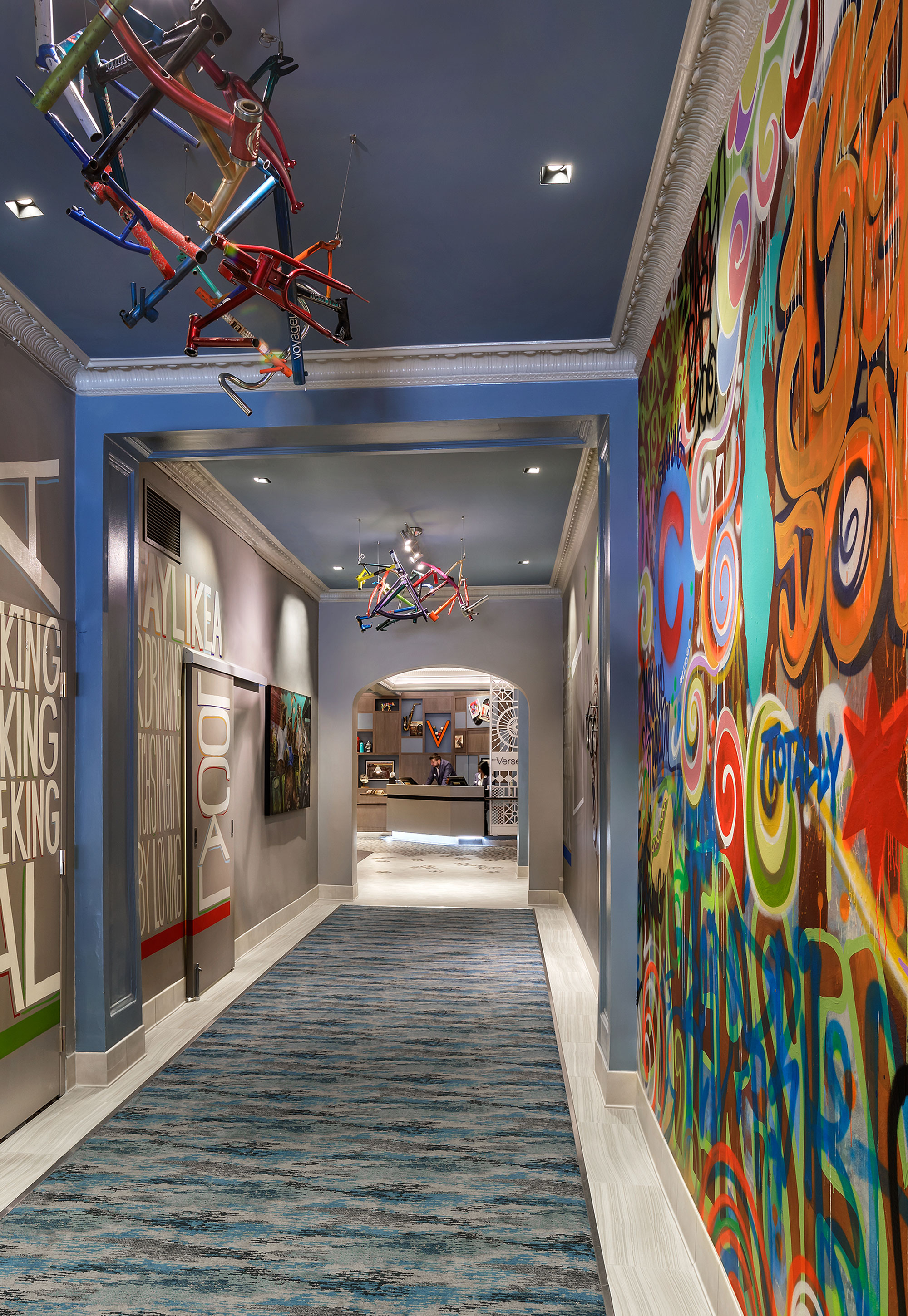 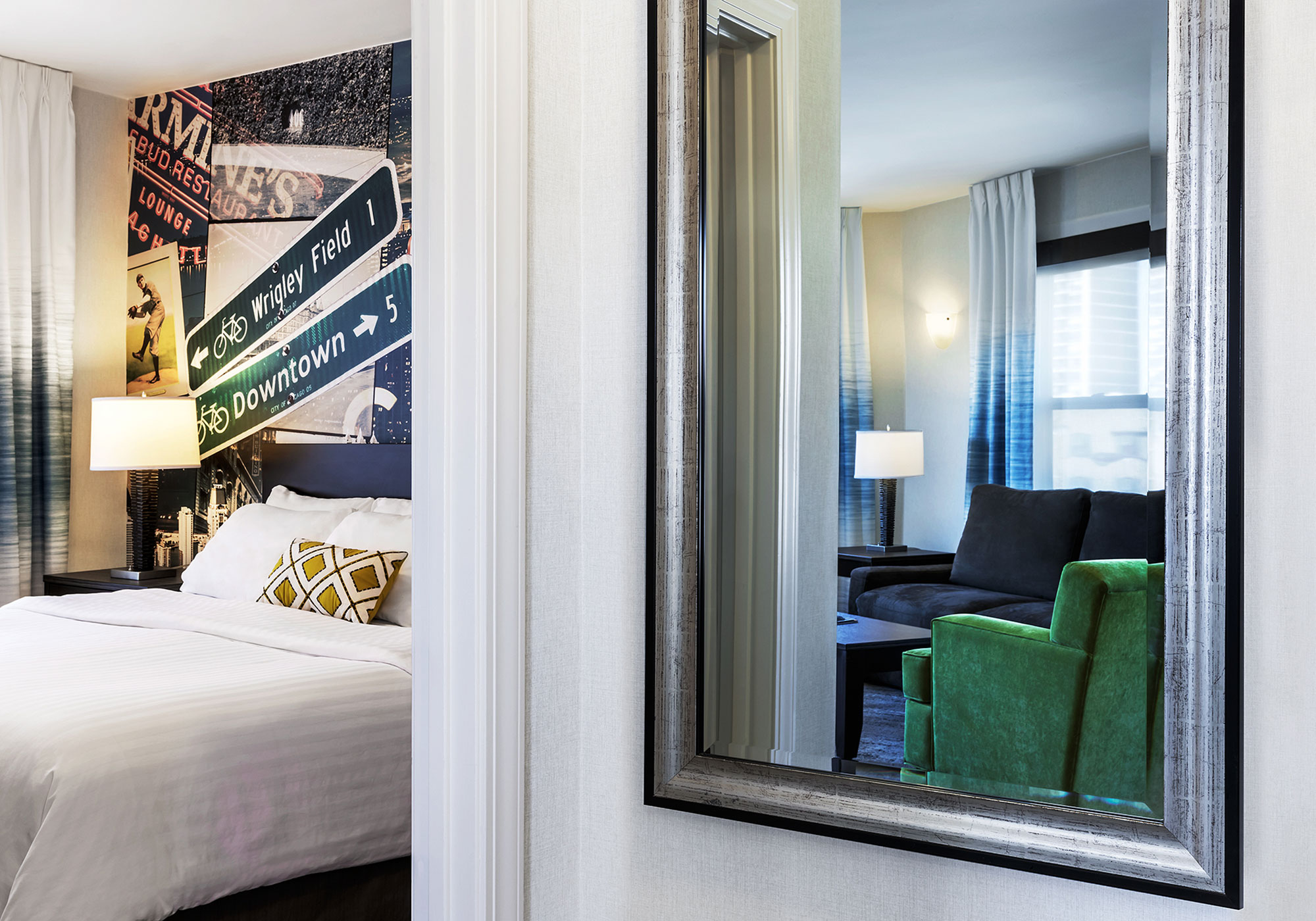 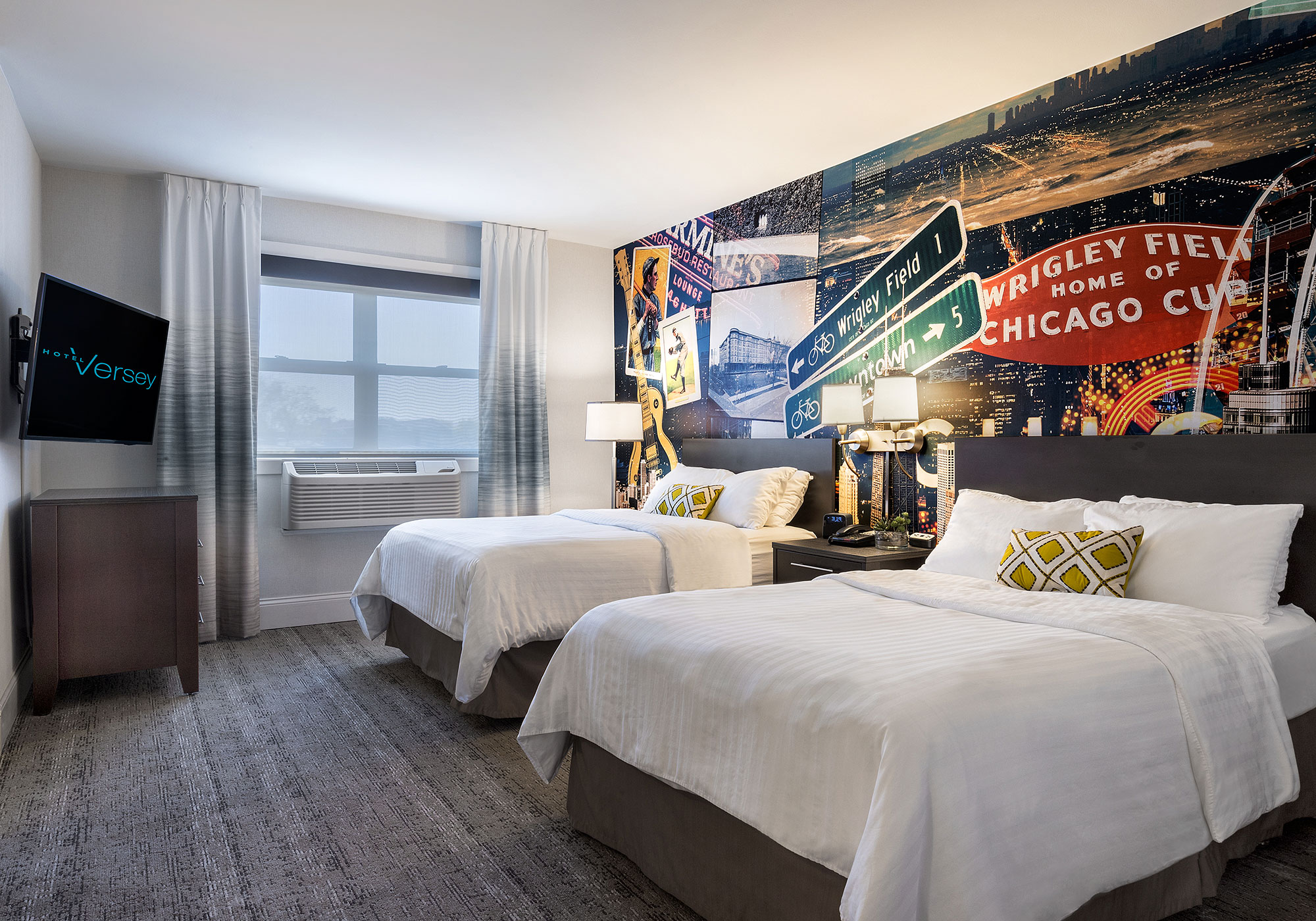 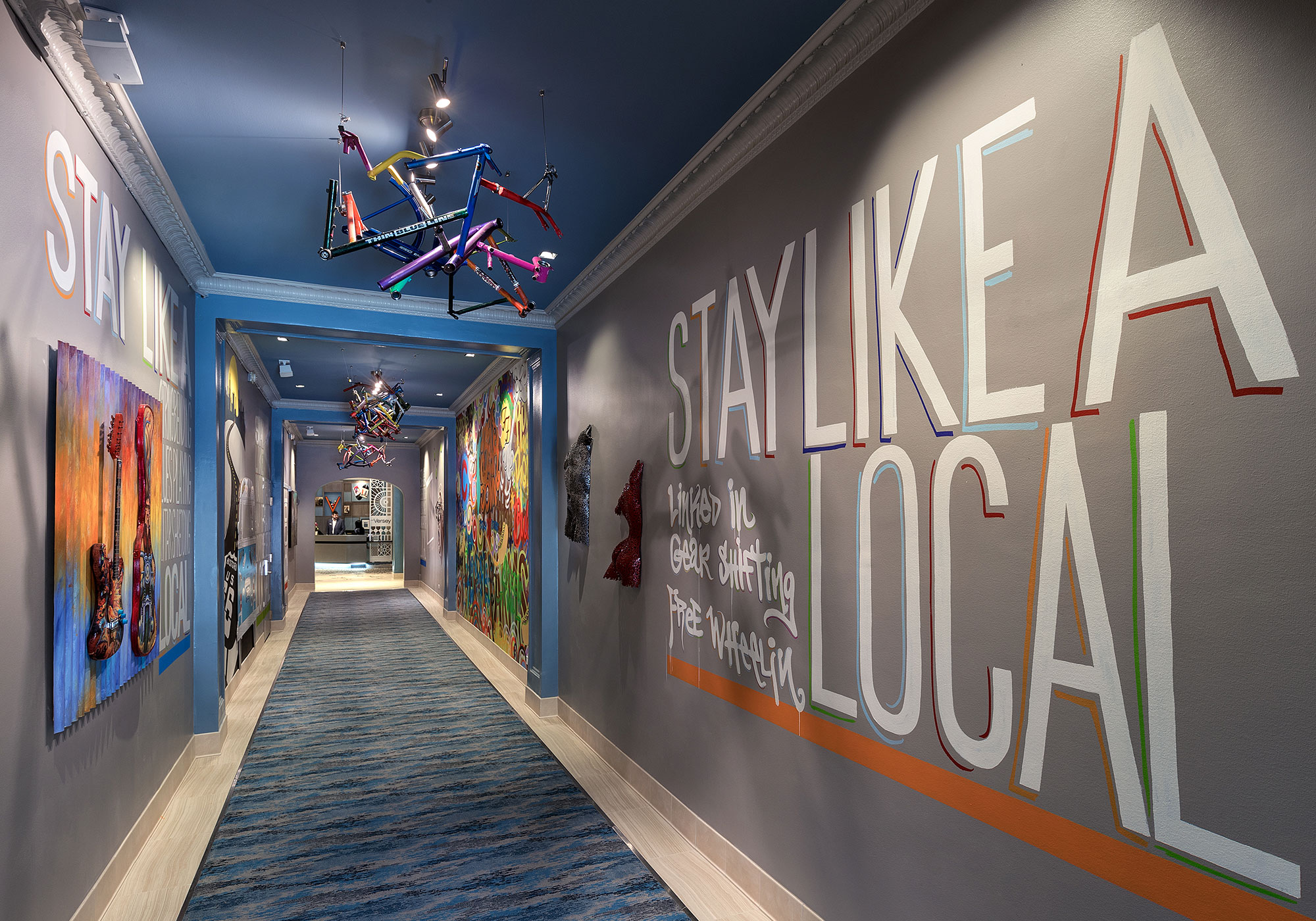 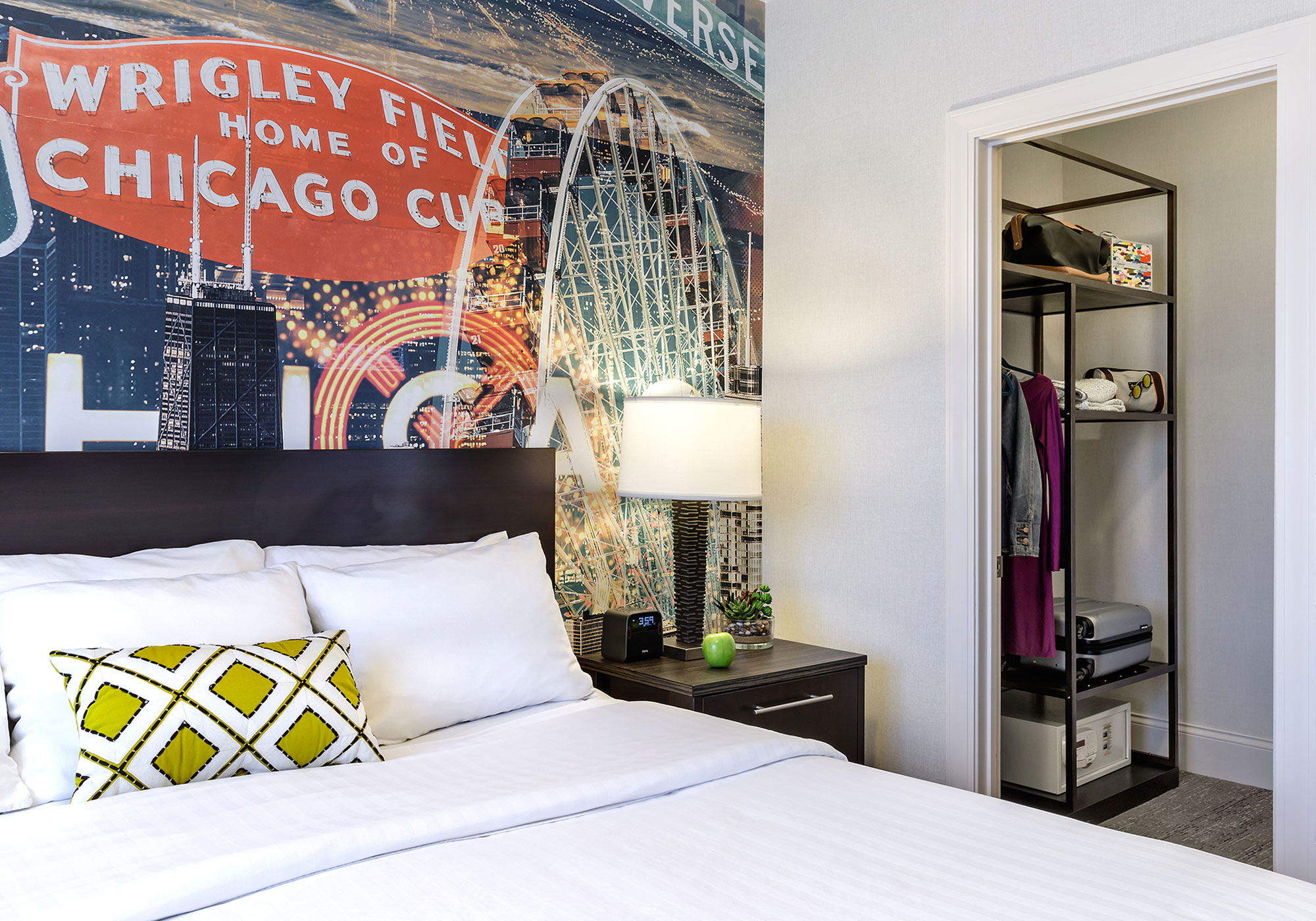