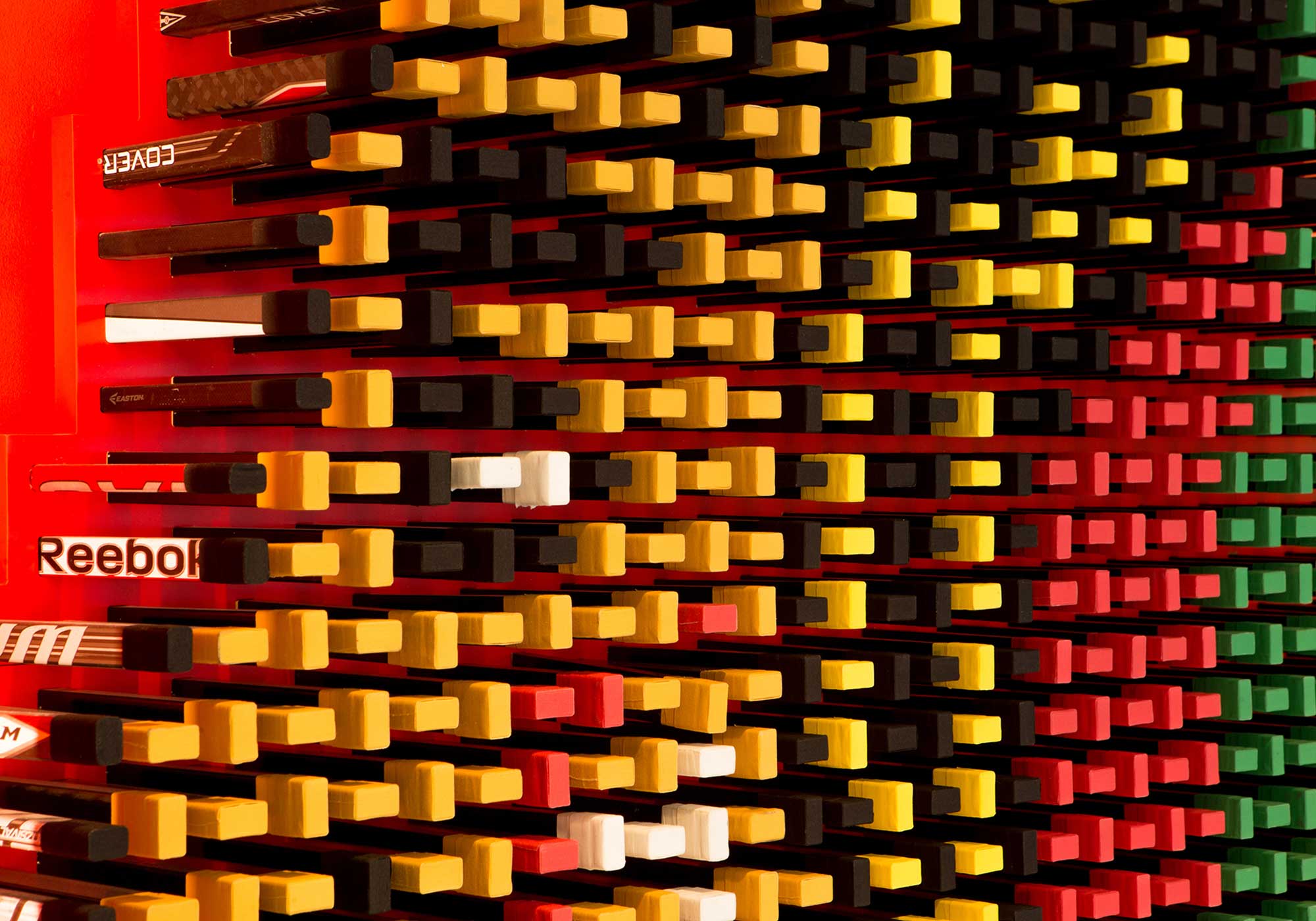 The hottest sports team in Chicago during the 2010s chose the talented team at CDA to design a 2-story shopping destination in a historical art deco building on Michigan Avenue. This unique store showcases merchandise and limited-edition artwork that isn't available anywhere else. Besides amazing views overlooking the Chicago River, the experience inside the store contains virtual reality player greetings and trivia tests for the serious fans. Another important request by the Blackhawks was to provide a flexible layout that could be reconfigured into an impromptu broadcast facility for special events such as when they won the Stanley Cup the year the store opened!

CDA was commissioned to design the brand new 5,570 SF Chicago Blackhawks Flagship Store in downtown Chicago. The creation of this dramatically compelling space would be five times larger than the original team store. In addition to retail, the client sought to accommodate high-level technology installations, historic team museum vignettes, and displays for expanded product lines. The space also needed to seamlessly accommodate the flexibility to conduct media broadcasts and host player events.

Located on the ground and the second floor of a historic 1928 Holabird and Root landmark building, the project required extensive landmark approvals from both the City of Chicago and the State of Illinois. Through the process, our designers saw an opportunity to infuse state-of-the-art technologies and modern design, while maintaining the historical integrity of the existing building.

Some of the project's highlights included movable fixtures allowing space adaptations and theatrical reconfigurations to accommodate special fan events or live media broadcasts. A custom lighting design artfully utilizing hockey skate blades created a striking crown for the clerestory stair space, while oversized lit circles suspended above the cash wrap emulated hovering hockey pucks. Additionally, the CDA team designed and developed an innovative augmented reality installation allowing fans to photograph themselves with the players and send the photos from a self-contained kiosk –– all while capturing over 25,000 email addresses for the team’s mailing list in the first six months alone.

This flagship store design was awarded both the 2014 Magnificent Mile Development of the Year Award as well as the 2015 VMSD Retail Renovation of the Year. 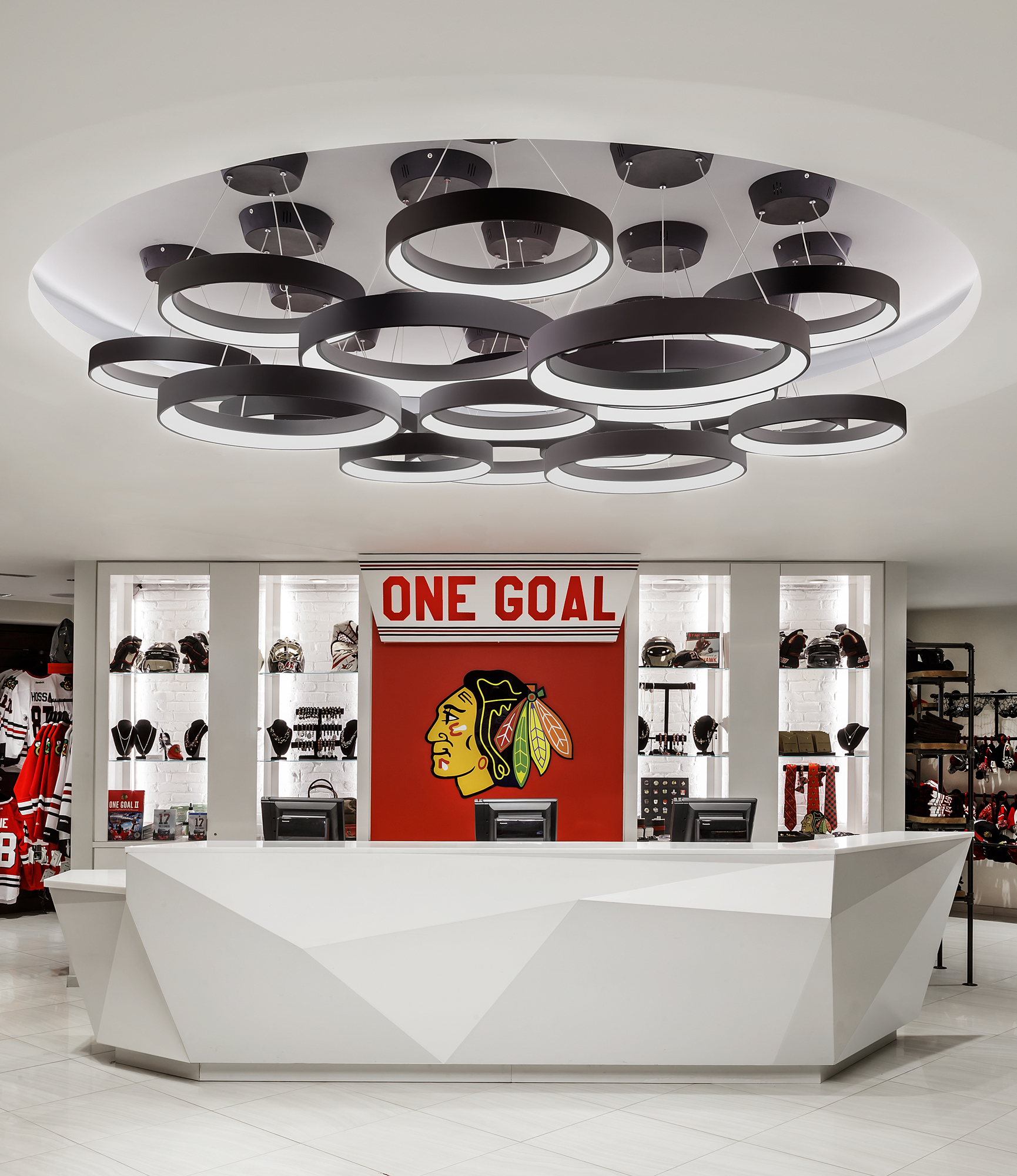 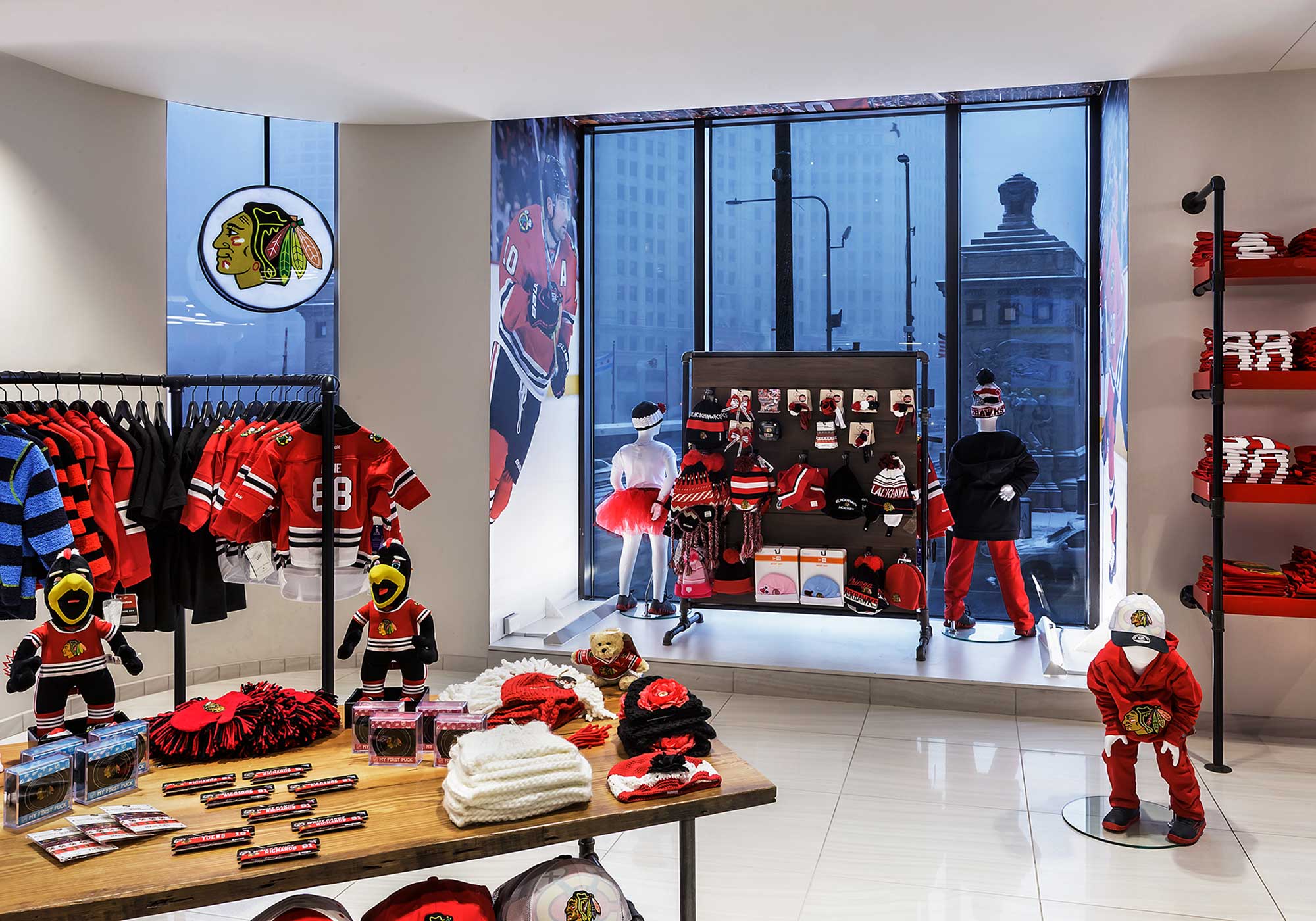 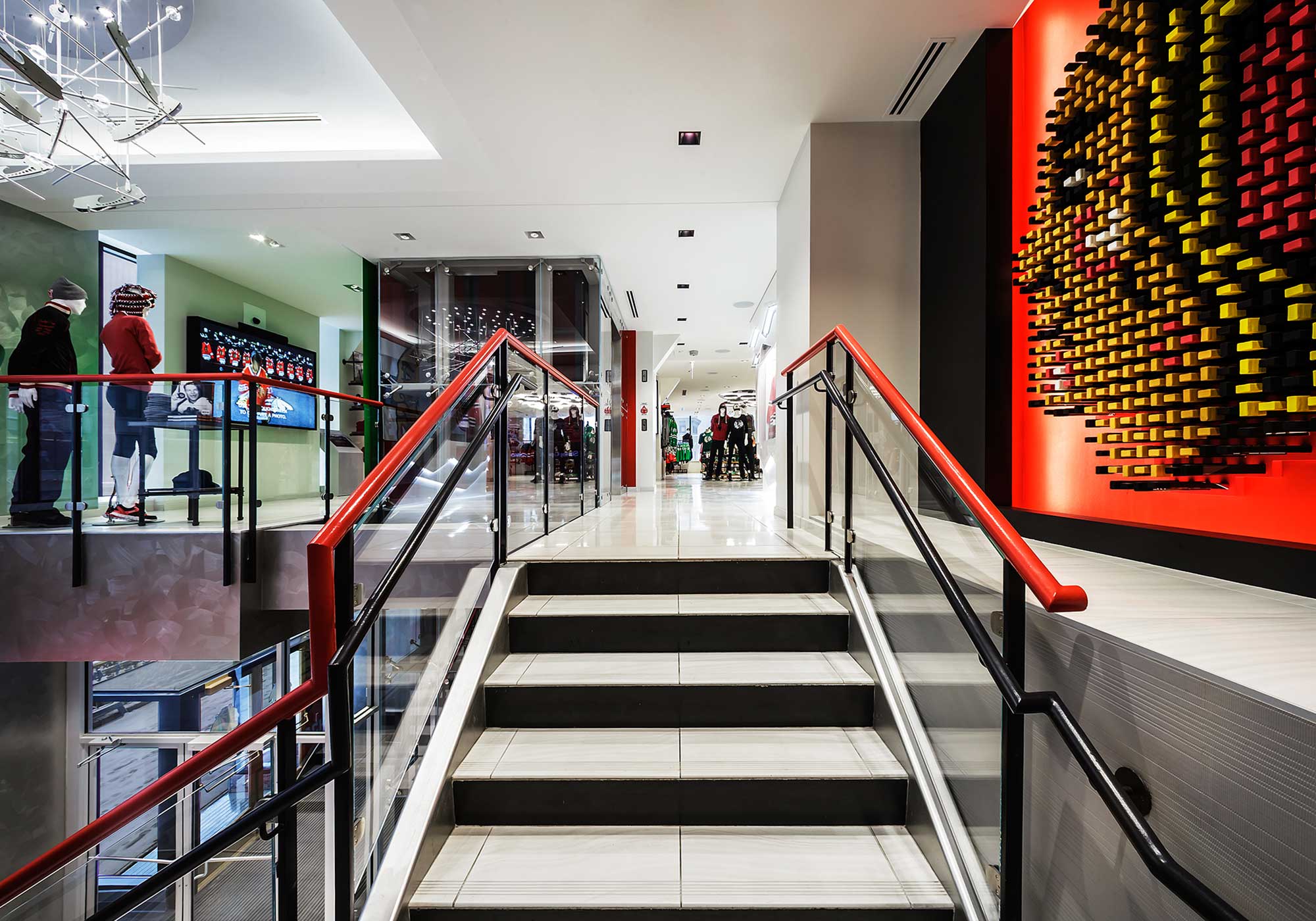 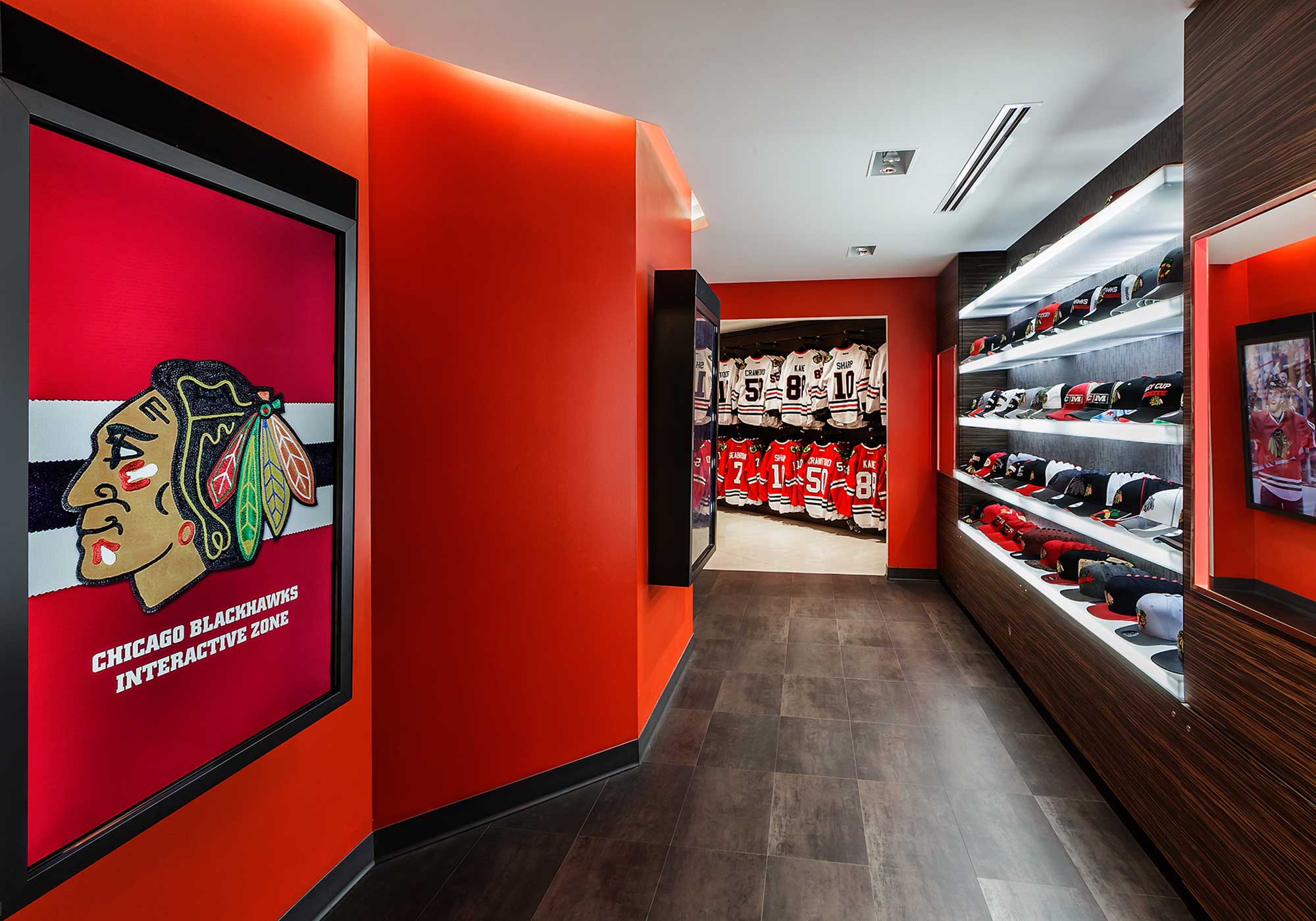 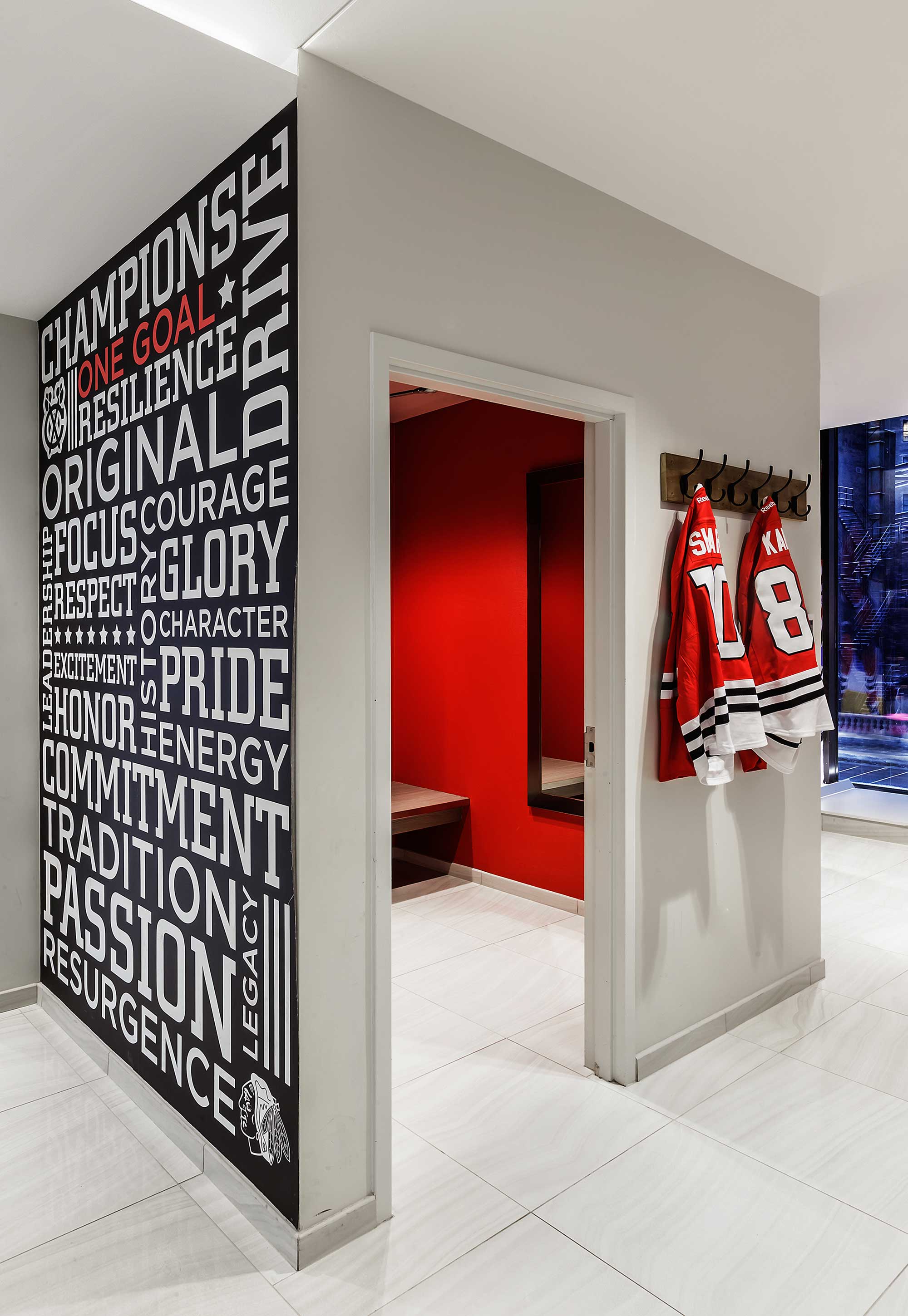 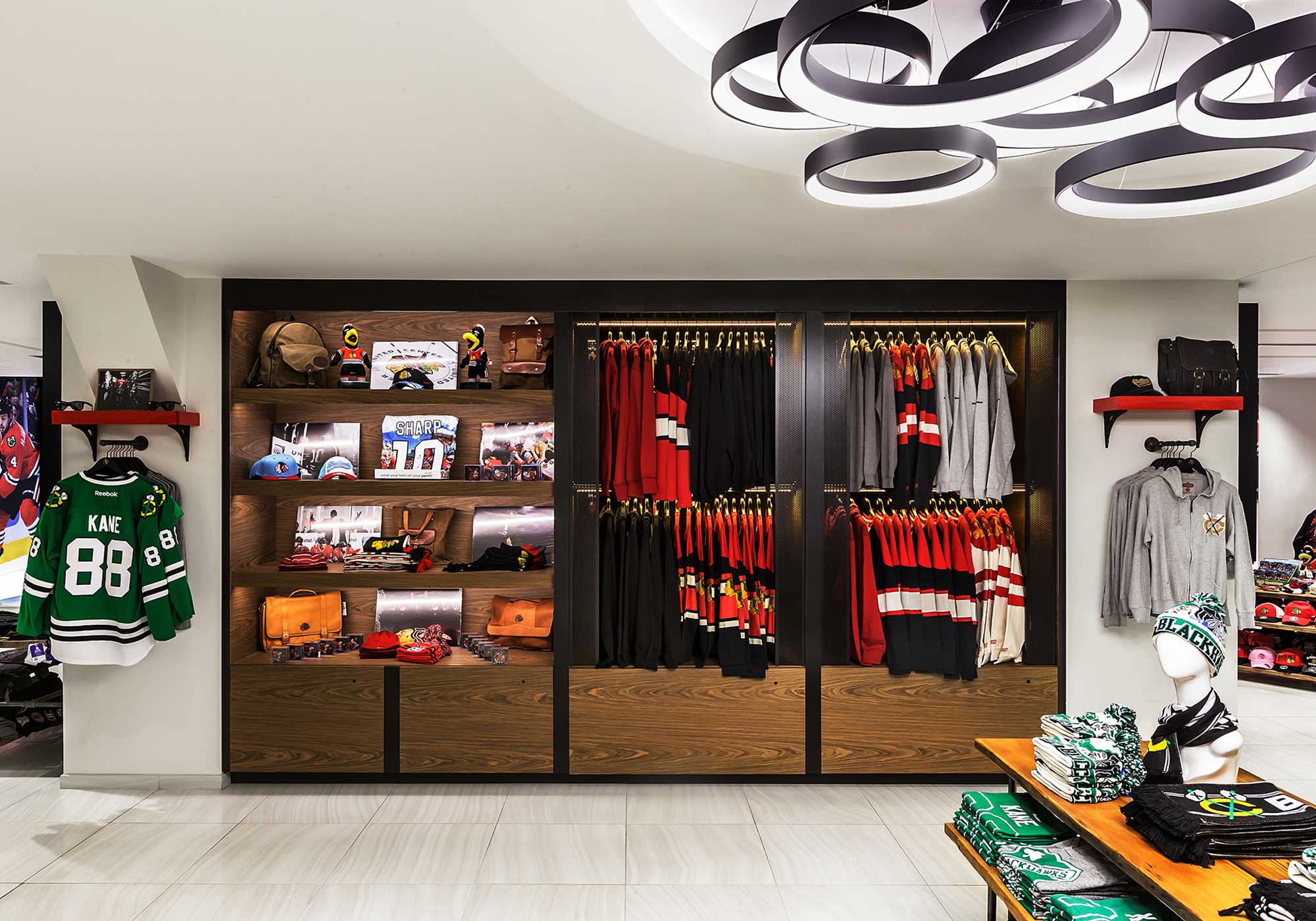 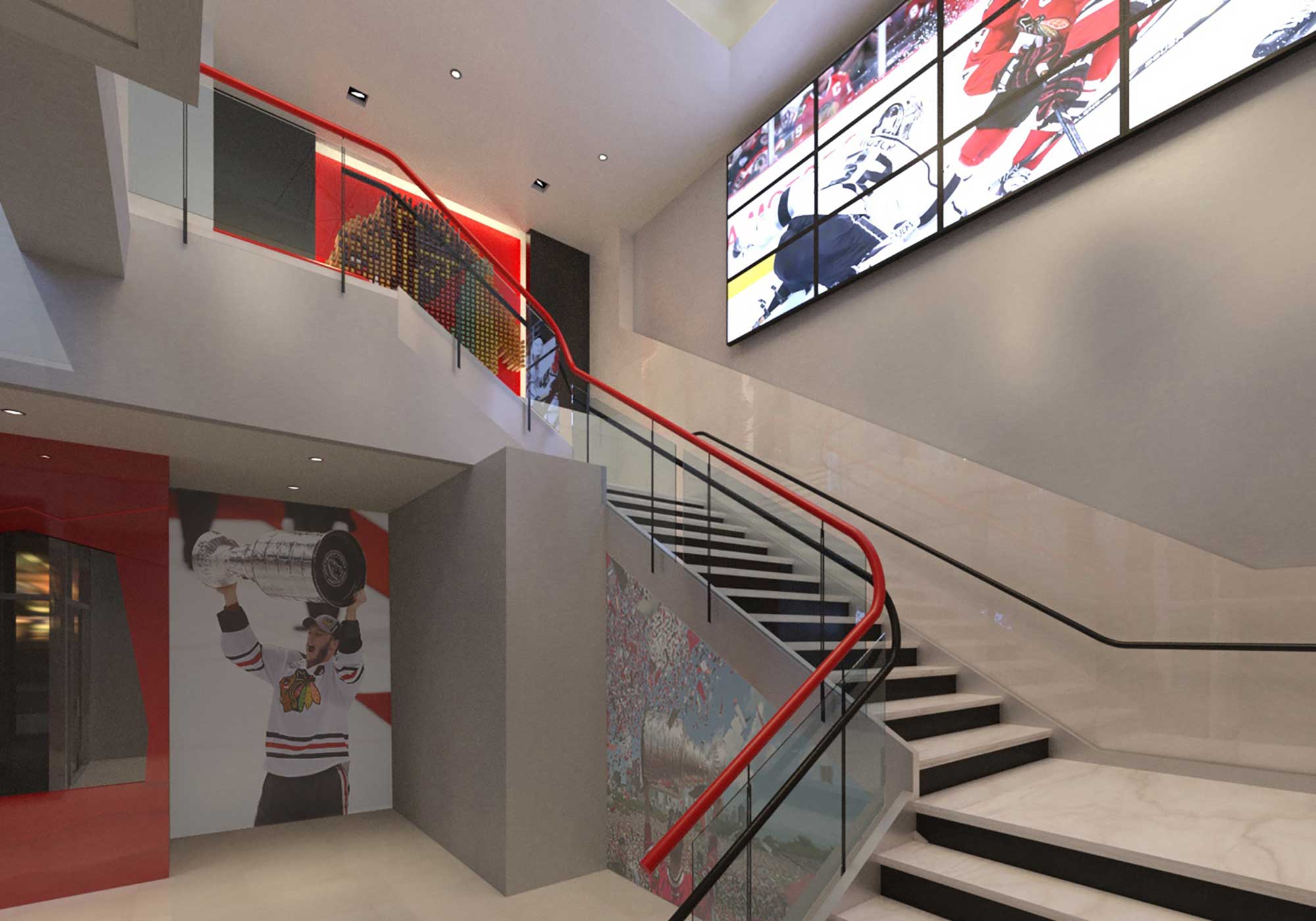 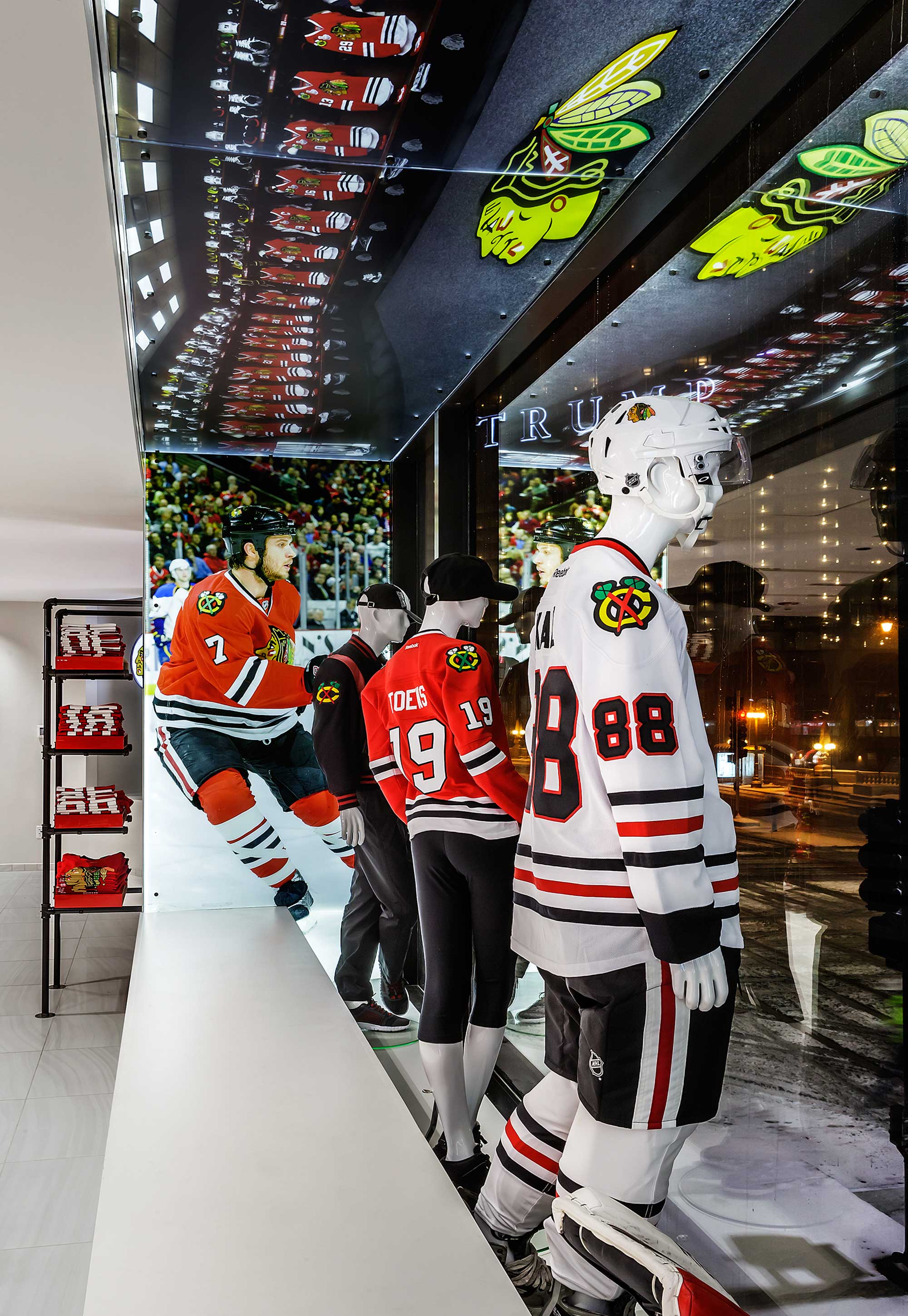 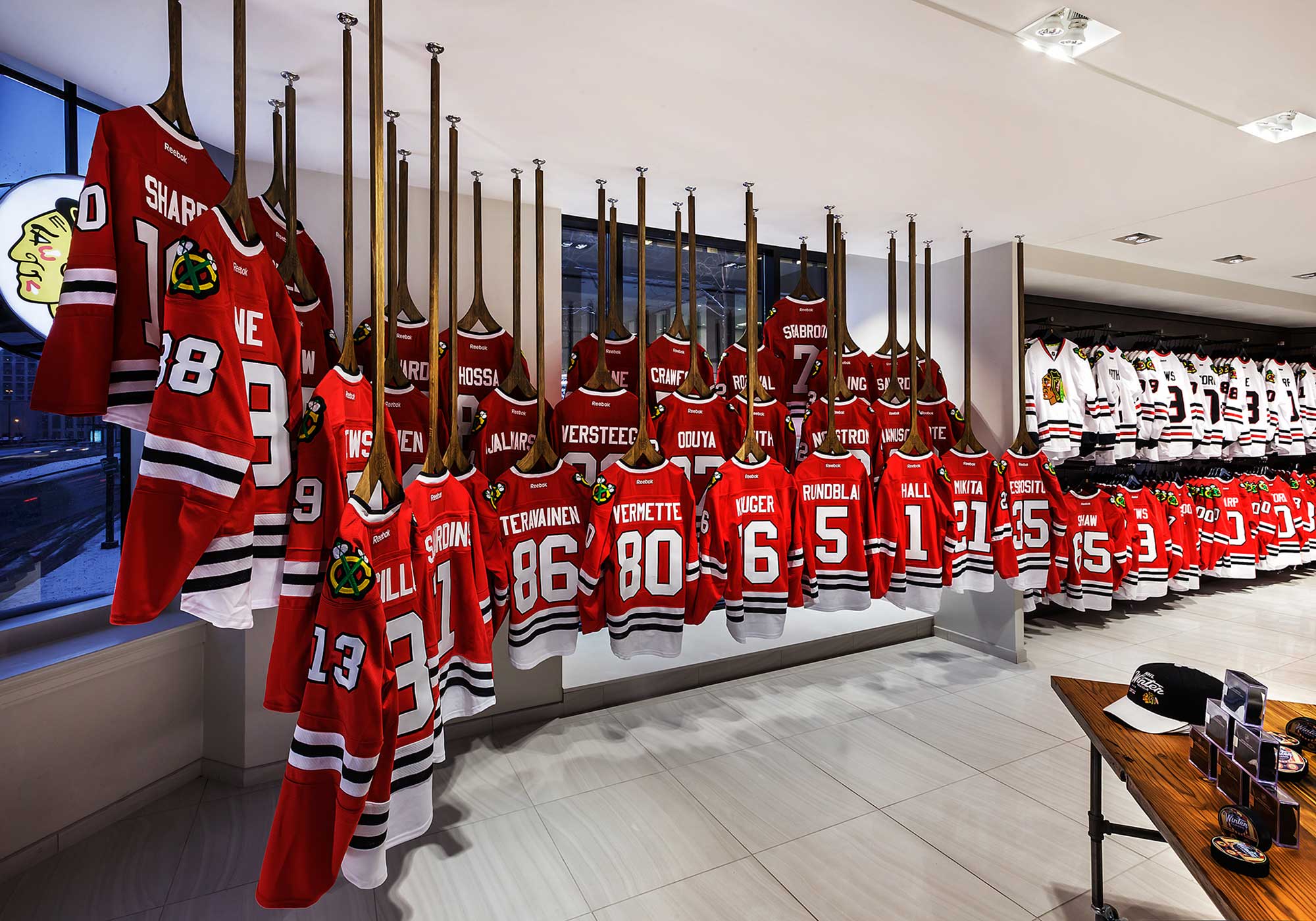 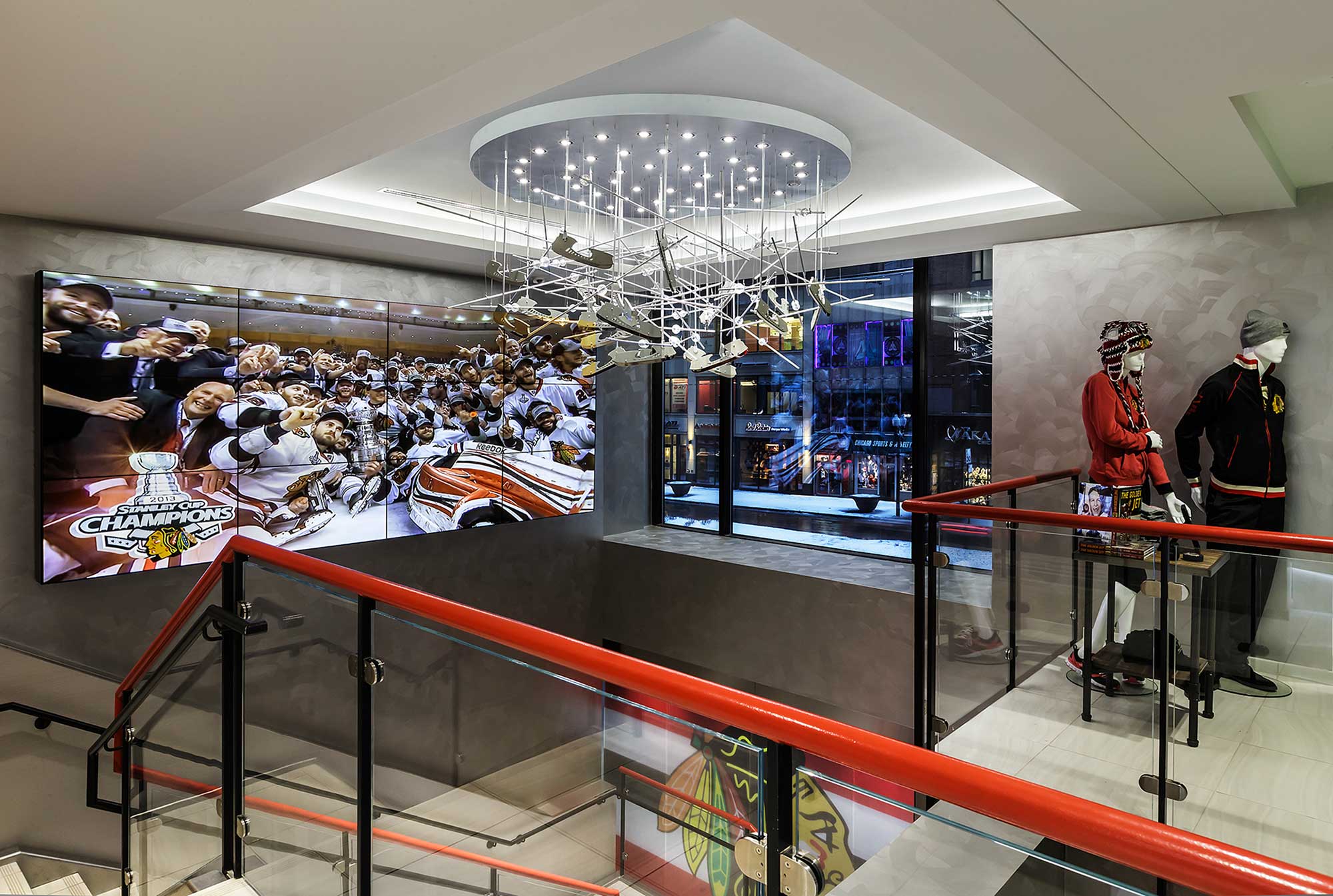